Tiny Octopus Robot Is The Fastest Underwater Vehicle Ever Made 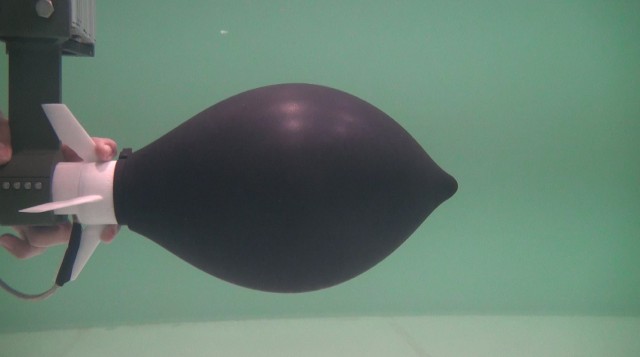 Using mechanics based on everyone’s favorite cephalopods (no, not cuttlefish, you weirdo), scientists from the University of Southampton, MIT, and the Singapore-MIT Alliance for Research and Technology have developed what I am now dubbing the Hella Fast OctoBot, because why the heck not.

The OctoBot fills itself with water and then quickly expels it in order to reach 0-to-60 speeds usually only seen in car commercials. Its 30cm body can achieve thrust 2.6 times that of an actual rocket. A 3D-printed polycarbonate skeleton stops the OctoBot from having that “rapidly deflating balloon” freak out underwater, and keeps its direction streamlined.

By making the robot bigger, they’ll be able to make it go even faster, which means one day soon we might all be traveling underwater in giant octopus submarines. Which would be just about the best thing I can imagine.