They should know better than to come for her. 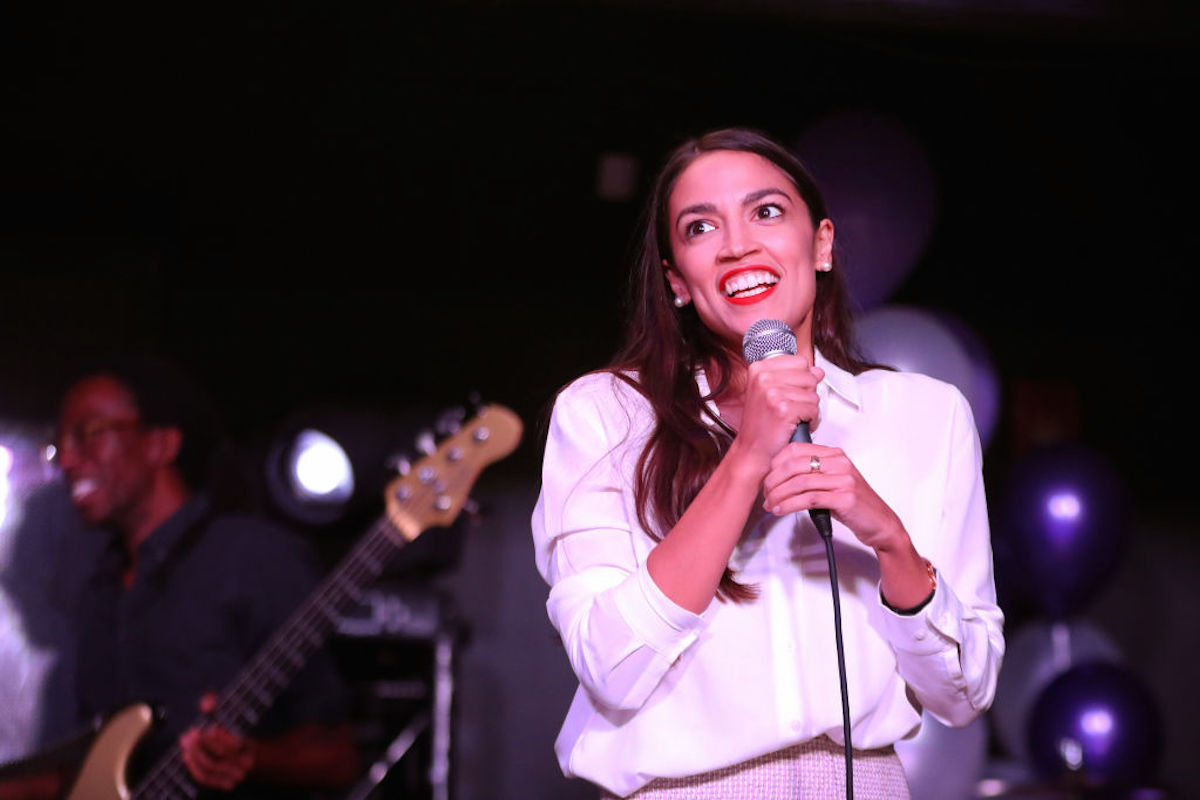 In a recent interview with the New York Times, Alexandria Ocasio-Cortez commented on her post-election transitional period. The transition from campaigning (and before that, bartending) to taking office will be “very unusual,” she says, “because I can’t really take a salary. I have three months without a salary before I’m a member of Congress. So, how do I get an apartment? Those little things are very real.”

Alexandria Ocasio-Cortez, currently without an income, needs to wait until her congressional salary kicks in to get a DC apartment.

“I’ve really been just kind of squirreling away and then hoping that gets me to January,” she tells @Azi. https://t.co/CwZLIEGT2y pic.twitter.com/xYkRZ6K8bR

Ocasio-Cortez has been honest about her struggles as a working-class young person and her unusual path to where she is now.

Last year I was bartending, and I bought my first couch two weeks ago – shortly after I got health insurance 😬

So don’t worry, growth doesn’t happen in a straight line! We’re all closer than we believe. https://t.co/G6ZEIgVoR8

Her story about the apartment wasn’t just about her individual situation. It was a comment on the ways in which the political system is set up to favor the independently wealthy and/or those who play nice with lobbyists.

Washington D.C. is one of the most expensive cities in the country, but for a 29-year-old working class person to pick up and move to a new city to start a job from which she’d have to wait three months to collect a salary would be nearly impossible no matter the circumstances. Even after they’ve beaten the odds and won their race, the political system simply isn’t designed for the average person to succeed.

But over on Fox News, the pundits found this story hilarious and entirely mockable.

Here, I pulled the clip pic.twitter.com/oHeESzdC8u

Two of the pundits basically said they agreed with Ocasio-Cortez (even though they couldn’t pronounce her name correctly) that D.C. is expensive and it’s hard to live there (only part of the issue), but they said all this while laughing and weirdly dismissing her words as “playing to her base” and “a brilliant political line.”

Ed Henry, on the other hand, trotted out the old she’s not really from the Bronx line, saying, “It turns out, when you read deeper, she had a lot more formative years in Westchester County, New York.”

Yeah, Ed. You don’t have to “read deeper” to know that. You could just read her own words, where she’s shared that information openly. Yes, her parents sacrificed to be able to move to Yorktown for the schools. Her father’s business and much of her family remained in the Bronx, leading her to split her youth “between two worlds,” and giving her insight into what a huge difference a zip code can make in a person’s life.

Ed Henry says Ocasio-Cortez has been “all over the map” on these issues. She hasn’t, but admitting that makes it harder to take her seriously, which they’re determined not to do.

He also pretended he didn’t know how photo shoots work, balking at the outfits she’s been photographed in that “could pay a month’s rent in Washington D.C.” He works in television. He knows those are on loan, not things she pays for herself—just like he and everyone else using these arguments knows that going to an Ivy League school is not contradictory to her status (they would say “image”) as a working class person. (There are these things called loans and grants and debt, you know.)

1. @FoxNews, why can’t any of your anchors say my name correctly? It’s been 5 months.

2. It is bizarre to see 1%-salaried anchors laugh at the US housing crisis.

3. Never purchased pricey clothes + always told my story. But repeating lies until they are believed is your thing. https://t.co/Py5aXFi3Z4

They know these things, but they don’t care. They are so out of touch with regular people that they legitimately find this funny, like it’s a game. The fact that Fox News has convinced millions of viewers that their network cares about working Americans might be the most impressive (and despicable) con of our lifetime.

40% of ALL Americans currently struggle to pay for one basic need like food or rent.

As much as @FoxNews likes to mock the working-class, the real scandal is that at the wealthiest point in our history, we are at one of our most unequal.

Most Americans are barely scraping by.