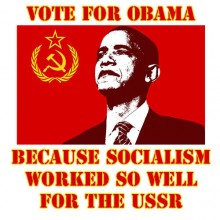 A Facebook group implicitly calling for the death of President Barack Obama now has more than 1 million members who ‘like’ it, and there’s no ban yet in sight, though there’s a rival group petitioning Facebook to remove the anti-Obama group as offensive speech.

While the members of the group might see it as a ‘joke,’ it seems to be calling for the death of a public figure in a pretty inflammatory way. Why hasn’t Facebook taken action?

Facebook’s procedure for dealing with potentially offensive groups is pretty murky. Facebook has stated in the past that it takes seriously the free speech of its groups, even potentially offensive ones: A number of Facebook groups praising Joe Stack, the man who crashed a small plane into a government building in February, are still alive and well.

Facebook’s Statement of Rights and Responsibilities says that users are prohibited from “post[ing] content that is hateful, threatening, pornographic, or that contains nudity or graphic or gratuitous violence.” The 600,000+ members of rival group “Petition to remove facebook group praying for President Obama’s death,” for their part, think (rightly) that the group praying for Obama’s death is “hateful” and “threatening,” and a number of them have reported the group as offensive en masse. Still, no action from Facebook, which is often inconsistent in actually applying its Terms of Service.

On the one hand, it’s probably a good thing that Facebook, unlike YouTube, doesn’t have an automated process for taking down groups and pages based on a certain number of reports, a system which has been gamed in the past and which would likely devolve into retaliatory attempts to ban each other’s groups between people who disagree with each other. On the other hand, it really seems like someone out there at Facebook, Inc. should be paying attention when groups like this hit critical mass.