Seriously, Though, You Need to Watch Cosmos This Sunday

You will not be disappointed. 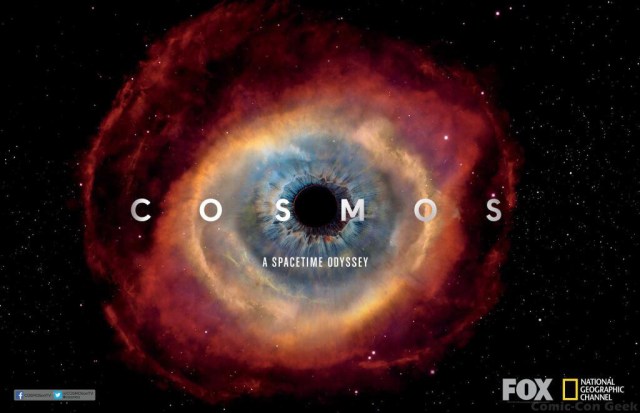 We’ll admit, you probably expected writers from a site with “Geek” in the title to be excited about Cosmos just from the trailers. However, we also got the chance to watch the first episode already, so trust us when we say it really is going to be incredible. We don’t know how else to convince you to watch, but by God, we’re gonna to try.

Writing about how great the first episode was has proved sort of difficult for me up until this point; usually when people ask me about it I sort of just devolve into a collection of anguished noises, none of which I know how to spell. So I’m going to take a page from a fellow Space Camp alum, Topless Robot’s Charles Webb, and break it down into manageable segments, starting with the music.

The entire score — and yes, it’s pretty much a score  — was written and conducted by Alan Silvestri, an American composer who worked on Captain America, The Avengers, Lilo & Stitch, Castaway, Back to the Future, and dozens of other films and television series. It reminded me very strongly of the music from Star Trek: The Next Generation and Close Encounters of the Third Kind: gorgeously composed and incredibly evocative. In fact, I watched our screener copy multiple times, and there were several different parts of the first episode that made me immediately choke up every time I heard them.

“I worked with Alan on Contact and I was really delighted when Seth asked him to do this,” Ann Druyen told us. “We sent him the rough cuts of the episodes expecting that he would write a theme and several hours of the series. He was so taken by the series and what we sent him that he wanted to write every single second of the music for all thirteen hours! Not only that, but he’s been conducting every session with live musicians, and I think that’s part of the reason why many people have called it so cinematic.”

Speaking of cinematic elements of this series, it really is going to be like a thirteen-hour movie, especially when it comes to the graphics. It would have been so easy for the people working on the CGI elements of Cosmos to cut corners, and none of them did, to the point where I forgot for a second that the Spaceship of the Imagination is not actually a real thing. 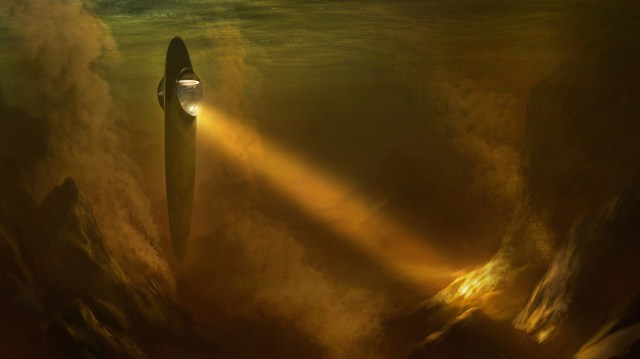 The spaceship looks a little different, by the way: it’s still shaped like a dandelion seed, but it’s sleeker and covered in chrome, just like a proper spaceship should be. Neil deGrasse Tyson, for his part, sits hunched over the arm of his pilot’s chair like he’s Captain Kirk. Which is apt, of course; he really is going where no one has gone before, Starfleet or otherwise.

And while we’re on the subject of differences between the original series and this new Cosmos, let’s talk about the animation. With Carl Sagan’s series, they used live action portrayals to tell the stories of different historical characters. This time around they’re doing it with animation instead, and the results are simply breathtaking. We got the chance to speak to producer Kara Vallow about the animation in depth in an interview we published yesterday, so be sure to check that out if you have the chance. If you don’t, though, then take it from us — you don’t miss the live people at all. 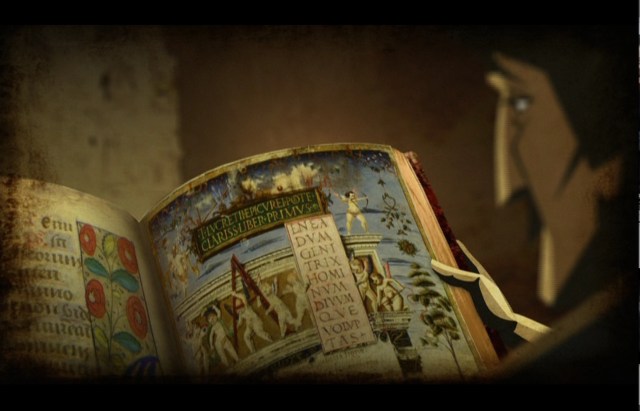 As a fun game, try to see how many of the voice actors you can name over the course of the series. Some of them are going to be pretty famous. And yes, Seth MacFarlane will be one of those voice actors, but don’t worry: but he’s left his Stewie and Peter Griffin portrayals at home.

Which brings me to my next point: this series has singlehandedly changed my entire opinion about Seth MacFarlane for the better. I will freely admit to not being the hugest fan of Family Guy or of his whole “We saw your boobs” shtick at last year’s Oscar Awards, and when I first heard about his interest in this project, I was confused as some of you probably still are. But from talking to Ann Druyen and Kara Vallow, I’ve learned that this version of Cosmos would not exist without him, and an enormous amount of what makes this newly updated series so great are a direct result of his involvement — including its premiere across ten different FOX-owned channels (FOX, National Geographic, FX, FXX, FXM, FOX Sports 1, FOX Sports 1, Nat Geo Wild, Nat Geo Mundo, and FOX Life). And that’s just in the U.S.; it’ll also end up on 120 different FOX channels in 125 countries, making this the largest global launch of a television series in history.

And that’s the biggest reason I think you should watch Cosmos, actually: this has been a huge undertaking on FOX’s part, and is the first time I can remember that any broadcast network has been so interested in bringing such a strongly science-themed program to this many people at once. We owe it to ourselves, as individuals already interested in science and science education, to tune in, if only to the premiere. Better ratings for this show might mean more scientific programming down the road. That’s what we all want, right? Less reality shows and more science? Not that I’m knocking reality shows, but I’d gladly give up even the most compelling unscripted drama in favor of more science.

Cosmos premieres on Sunday night at 9pm, and will continue to air on FOX Sunday nights and on National Geographic  every following Monday night, along with bonus footage and behind the scenes content. You need to watch it. Seriously, check out this three-minute long trailer from August one last time and tell me it’s not going to be worth your time. I dare you.