Orphan Black Science Recap: “To Right the Wrongs of Many” 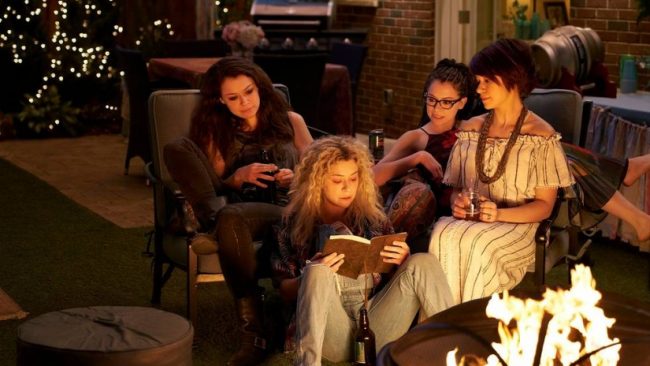 Nina: It’s hard to believe that this is our final Orphan Black science recap.

Casey: So sad!!! But a great ending to the show, most notably for me because THE CLONES ARE CURED!!!! Cosima, Delphine, and Scott managed to successfully create and begin administering the clone disease cure. This cure is a form of gene therapy that Cosima has been working on pretty much the whole show. After identifying the synthetic disease sequence with the help of Kendall’s genome, testing vectors with the cell line formed by Sarah’s egg and Ira’s sperm, and using herself and Charlotte as guinea pigs, Cosima has reached success!! So far Cosima, Charlotte, Rachel, Alison, Krystal, Tony, and new clone Camilla have received the cure, and Cosima and Delphine plan to travel the world administering the cure one clone at a time. 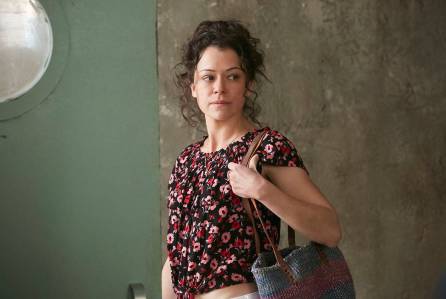 Nina: Cosima and Delphine definitely have their work cut out for them on this front: Rachel, in a final gesture of goodwill (or something approaching it), gave Felix the complete list of Leda clones in the world: a whopping 274. This is a surprising number for organisms as challenging as humans to clone. If you consider other real examples of cloning: Dolly the sheep was the first success after 277 cloning attempts in 1996, and, in 2005, Snuppy the cloned afghan puppy was the only survivor of 1,095 embryos in 2005 (and, if you recall, Charlotte Bowles was the only success of her generation after over 400 attempts). In general, the technique used for cloning, SCNT (single-cell nuclear transfer) is inefficient, with a success rate of something around 1 – 5% for most animals. It seems when Susan Duncan solved the spindle-protein problem that Ethan Duncan describes back in season two, not to mention any other cloning technique improvements she must have come up with, she really figured out the key to mass human cloning in a major way (minus that whole part where the clones were accidentally given a fatal genetic disease).

Otherwise, there wasn’t a lot of focus on science in the final episode: it was all about the sestras, their relationships, and where they’re headed next now that—in Sarah’s words—there’s no one left to fight. So we thought we’d share some of our favorite science from the show’s five seasons.

Casey: The science that got me started with my Tumblr posts was the clone disease, and it’s been my topic of interest throughout the show, since it relates to my own research. As far as excitement and surprises, Kendall being a chimera was definitely something I hadn’t expected and I was super excited about that! It gave me a whole hiatus to think about all the science that started Project Leda!

Nina: The clone disease was definitely a cool piece of science to pick apart, because it was so mysterious and novel. Even when the show told us it was a prion disease, we knew that there were so many ways in which it didn’t behave like a prion disease at all. Besides, if the clone disease had been something familiar, I’m sure that the talented scientists at Dyad would have figured out the cause much sooner!

I’m having a hard time deciding what my favorite science of the show was because what often gets me is stuff like thinking about the questions of ethics that often come with science: like human experimentation and biology-for-profit, like we see with Brightborn in season four, or BluZone cosmetics in season five. Or stuff like Cosima’s line about science and scientists in season two: “You know, nobody’s got any idea. We’re just poking at things with sticks.”

The science I probably had the most fun investigating for these recaps were the Neolution maggot-bots. They were introduced to us as a total WTF moment at the end of season 3, and Casey and I spent the hiatus coming up with all sorts of wild ideas as to what these creepy worms might really be (and it turned out we totally called that they were tools for delivering gene therapy! High-fives all around!)

Casey: Thanks for reading our recaps!! It’s been an amazing ride!

Nina: Thank you and thank you again! We’ve had a lot of fun nerding out about the science of Orphan Black and we’re sad that there won’t be any more episodes for us to dig into.

If you have a favorite science moment from Orphan Black or even just a favorite moment, share it with us! We’d love to nerd out with you just a little longer.