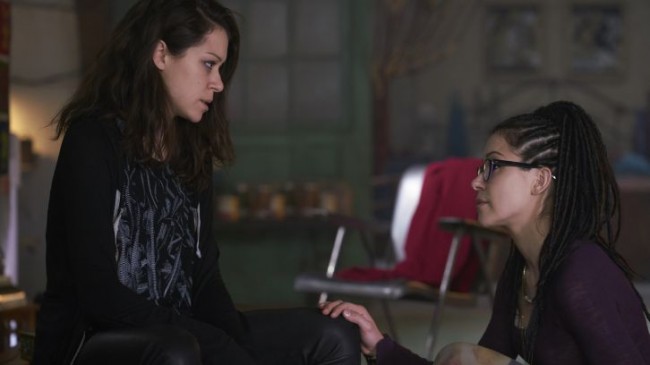 Nina: This episode was a beacon of hope in the aftermath of Kendall’s death and the loss of all of Scott and Cosima’s samples and data. There has finally been a breakthrough that points to Cosima potentially surviving the clone disease—this is a BIG DEAL.

This episode also gave more insight into what attempts Scott and Cosima have already made to treat her clone disease. A crucial component to gene therapy success is choosing the right vector (we previously discussed vectors here). Viruses are the most common vectors for delivering genes into cells (for either transient or permanent expression of that gene), and different viruses have different advantages and disadvantages. For example, of the vectors that Cosima and Scott attempted, adenovirus is generally a pretty safe bet as it can deliver to a wide variety of human cells and has high transfer rates, but it can also have high immunogenicity (triggers immune response); retroviruses provide pretty stable gene expression, but there’s a possibility of the virus causing an unwanted mutation because this type of virus permanently integrates its genome into the host’s genome (whereas adenovirus is non-integrating).

Susan suggested using naked DNA, which is probably the simplest example of a non-viral vector. Naked DNA has been modified to remove the proteins that usually surround it, and it isn’t packaged into anything (for example, a virus) to be delivered into a cell. Naked DNA is often less effective at entering cells than viruses, but it’s not specific to any cell type, like viral vectors often are, and it won’t trigger an immune response. Unfortunately, as Cosima mentions, this hasn’t been an option because their makeshift lab under a comic shop isn’t exactly ideal for controlling contamination.

Casey: The most important part of this episode was Cosima’s revelation and subsequent plan for continuing their research on curing the clone disease. In order to test out gene therapy methods, Cosima and Scott need a stable, replenishable source of stem cells to experiment with. Kira may be able to donate stem cells from her teeth or bone marrow, but these sources are finite, and as Cosima mentioned, Cal’s contribution to Kira’s genome makes her cells less than ideal for testing.

Embryonic stem cells (ESCs) are stem cells that are equivalent to the multipotent cells of the early embryo. This means the cells can become almost any type of cell, which enables testing of any cell type of choice, and the cells can self-renew, meaning they can be kept in culture for long periods of time, removing the need for a constant source of new cells. ESCs are obtained from cells known as inner mass cells (ICMs) of the blastocyst. The blastocyst is an early stage of embryonic development, before implantation into the uterine wall, in which there is a single layer of cells surrounding a mostly empty cavity that contains the ICMs that become the embryo.

Cosima’s plan is to generate a blastocyst and harvest the ICMs from this to create a culture of ESCs that she can then use to continue her research. The key to this plan is obtaining a blastocyst that is as similar as possible to Kendall’s cells, providing a sample that is as close to the original’s genome without actually having access to the original. This requires a combination of the Leda and Castor genomes, which can be achieved by fertilizing an egg from a Leda clone with the sperm of a Castor clone and allowing this fertilized egg to develop into a blastocyst. This is where Sarah and Ira come in, because Sarah’s eggs are fertile and can therefore successfully generate a blastocyst after fertilization.

Nina: Sarah doesn’t seem too keen on her egg cells being used in this way (and really, who can blame her?), but time is limited for Cosima and this option seems viable, and certainly less of a shot in the dark than, say, sticking an unaltered Neolution Worm into her cheek.