The Neolution worm is nightmare fuel. 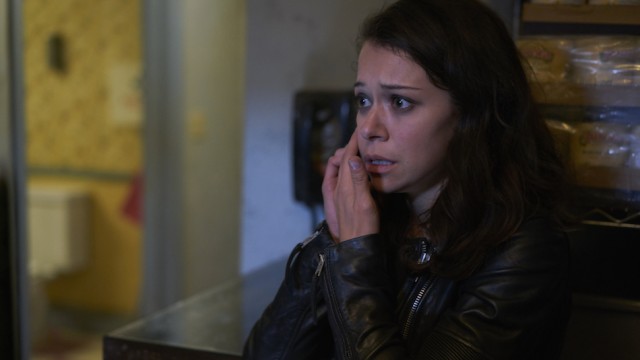 “I think there’s something in my jaw.”

Nina: A lot happened in this episode. Actually, it looks like most of the footage from the season 4 teasers were part of this episode. There was also a lot of science for Casey and I to dig into.

Casey: Lots of crazy science! And because the Neolution worm grosses me out, I will leave that to Nina and instead jump into the update we got on the status of the cure for the clone disease.

Casey: Scott mentioned that he and Cosima are making progress on the gene therapy necessary to help #SaveCosima (YAY!). He tells Mrs. S and Kendall that they just need to find a good viral vector to deliver the sequence they found with the help of Kendall’s genome. As we explained in last week’s recap, gene therapy requires a vector in order to get the DNA incorporated into the patient’s cells. Viral vectors harness the ability of viruses to infect cells and deliver genetic material into these cells, but are modified to prevent replication of the pathogenic viral genome.

There are a number of factors required in order to find the best viral vector for a specific gene therapy. First, the viral vector must be sufficiently safe, with the deletion of viral genome replication. The vector must also have low toxicity (little to no side effects once the virus infects the patient’s cells) and high stability (inability to rearrange the genome or degrade within cells). Lastly, and very importantly for gene therapy, the viral vector must be able to infect the cells of interest, that is, the cells that are affected by the disease the therapy is targeting.

In the case of the clone disease, Scott and Cosima have used Kendall’s genome to isolate the DNA sequence they will deliver to Cosima, and now are just working to find a viral vector that meets all the above criteria. Once they find the best vector, they can begin testing the gene therapy on Cosima.

As Cosima explains to a worried Mrs. S, because she is going to be the experimental subject for testing the gene therapy, she cannot use any other form of treatment at this time, including another bone marrow transplant from Kira. When testing the effects of a new scientific therapy in a laboratory, the experimental conditions require subjects that are not experiencing any other form of treatment. This way, the scientists are able to discern what the effects of the new therapy are on the patient, eliminating any effects from combining therapies. For Cosima, this means she can’t do anything to treat her illness while testing the gene therapy in order to see if the therapy is functional, making it very stressful for her loved ones and the viewers alike. 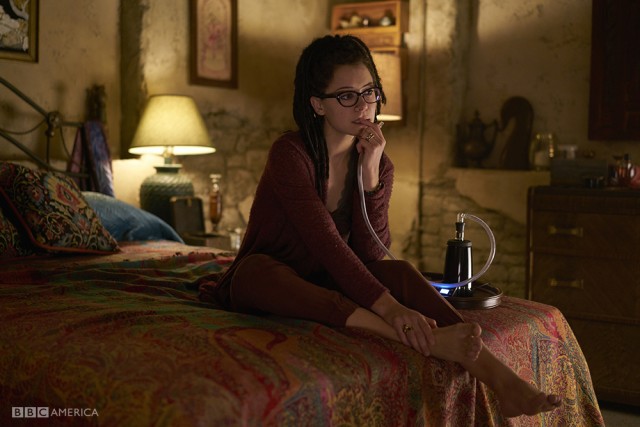 Nina: Sarah meets a new source, a hacker called Dizzy, who shows her a nightmare-worthy video of the Neolution worm in action. Dizzy describes it as “organic, gene-spliced, maybe”. While it’s unclear exactly what the worm is or what it does, it’s definitely alive and squirming inside its host’s cheek and looks like it interacts somehow with the host’s blood (when Sarah and Mrs. S use the flashlight to examine the worm in Sarah’s cheek, it looks like it’s attached to blood vessels). And thanks to Dizzy’s video footage, we know that if the worm is threatened, it unleashes some sort of defense mechanism that appears to kill its host.

This mechanism seems to have been programmed into the worm somehow: MK describes it as a “maggot-bot” and in the teaser for the next episode we get the briefest glimpse of an ultrasound image of the worm and its anatomy suggests that it might be some sort of cybernetic hybrid.

This may be another example of Neolution combining advanced technology with natural processes. If we assume that the Neolution worms have a parasite-host relationship with the people whose cheeks they’re living in, then they might actually be more like parasitoids than parasites. Parasites don’t usually kill their hosts because they rely on the host staying alive to survive; parasitoids ultimately sterilize or kill their hosts. They can kill their hosts in a slew of ways: they can damage critical tissues and lead to organ failure, they can release toxins or that can cause septic shock or enzymes that break into tissues and cause inflammation, they can relentlessly attack the host’s immune system and exhaust it to the point that other microbes can move in and infect the host, or they can basically self-destruct in a way that also harms the host. Whatever method the Neolution worm is using, it acts fast.

There is a special class of parasitoids known as Proteleans (a term that looks suspiciously like Prolethean) and they spend only their early growing phase as an internal parasite before killing their host and emerging in adult form. When MK refers to the worm as a “maggot-bot”, it suggests that it is a larval insect and that it has an adult non-maggot form that we haven’t seen yet (“maggot” isn’t really a technical term or anything, but when the term is used, “maggot” refers to fly larva). If there is an adult form to the Neolution worm, I dread seeing it and what it can do.

Casey: Gross! But you have to admit this is interesting science.

Nina: Whether you think it’s gross or cool, definitely prepare for more worm to come our way this season.

Nina Nesseth is a professional science communicator, writer, and serial tea-drinker. She’s happiest when science-ing at people (yes, that’s “science” as a verb). You can find her on Twitter@cestmabiologie.