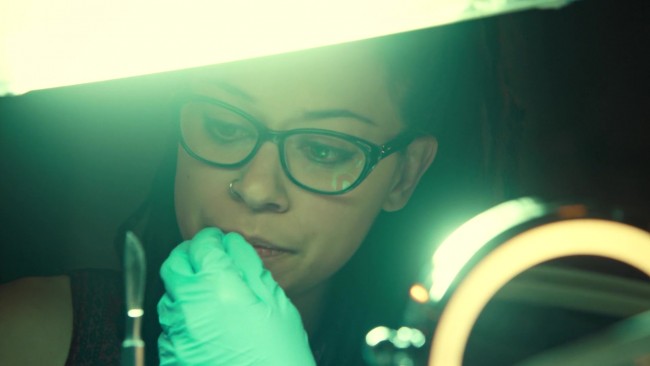 Casey: This week’s episode was certainly heavy on the emotions, but it proved to be a bit of a detour from the main science storyline we’ve been following this season. Nevertheless, we did learn some interesting information about the biology of our despicable yet scientifically intriguing master villain, Evie Cho.

Nina: We learned earlier this season that Evie Cho previously had SCID or Severe Combined Immunodeficiency (often known as the “bubble boy disease”). This is a genetic condition in which gene mutations disrupt the development of T Cells and B Cells to the point that they are either absent or present in low levels in the body, or they are present but not functional. These cells are types of white blood cells, crucial in the basic functioning of your immune system. A person affected by SCID has little or no immune defense against any foreign bacteria or viruses, any pathogens, that enter the body. This leaves them extremely vulnerable to getting very sick or dying from infections that most people can fight off easily. During the Brightborn information session that Donnie and Cosima attended in “Human Raw Material”, Evie describes how she was cured thanks to gene therapy—and in fact, gene therapy has been used, with mixed success, to treat SCID since the 90s.

But in this episode, in a conversation with a Brightborn doctor, Evie reveals that she has a rash distinct to shingles. Shingles is caused by the same virus that causes chickenpox; in fact, shingles is specifically a reactivation of that virus in a person who has already had an initial infection. To clarify: the first time you’re infected with the Varicella-zoster virus, even if you are infected by someone with shingles, you would develop chickenpox, not shingles. The virus then stays inactive in the nerve cells and if it’s ever reactivated (thanks to old age, compromised immune system, or other risk factors) then the person develops shingles.

A virus like varicella-zoster can be fatal to someone with SCID and it seems unlikely that, given her childhood care, Evie contracted it while she was severely immunocompromised. So to develop shingles, Evie would have to have had chickenpox after her SCID was cured, or she would have had to have had the virus introduced into her body in some other way. 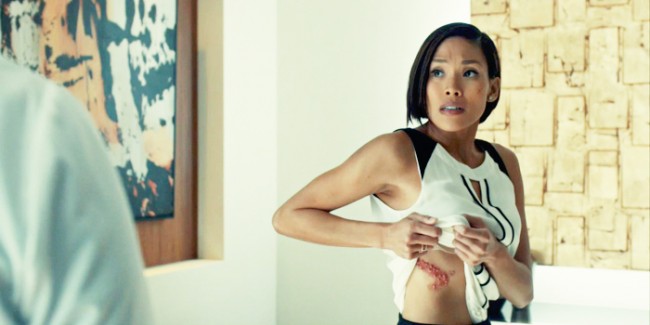 Viral vectors are altered before being used for gene therapy, to incorporate the therapeutic gene, but also to prevent the vector from causing disease. The varicella-zoster virus (VZV) that causes shingles isn’t generally used for gene therapy but the related virus herpes simplex (HSV) is a common vector. It’s kind of “out there” but it would be interesting if Evie’s gene therapy had used VZV as a the viral vector (initial infection) and it somehow recombined and reactivated the viral genome to produce shingles. This is kind of a big “what if?” because there are definitely better vectors out there than VZV that are more likely to have been used.

Casey: One reason that Evie may have been susceptible to developing shingles is her exposure to immunosuppressants. Gene therapy (we talk more about this here) involves introducing foreign DNA via a deactivated viral vector to cure a disease. In order for this process to be successful, the patient must take immunosuppressants to prevent their body from attacking and destroying the administered therapy. Although this allows for the uptake of the gene therapy by the patient’s cells, it does make them prone to infection due to a weakened immune system.

Despite the fact that Evie suffered from SCID and already had a deficient immune system, she would have still been exposed to immunosuppressants during her treatments to stem any chance of her body rejecting the treatments. This prolonged exposure to immunosuppressants has its side effects, including the shingles Evie has developed. Lucky for her, Brightborn has come up with a way to solve her genetic problems.

Casey: Evie Cho definitely proves to be interesting scientifically, despite being despicable. Perhaps her medical history will have more to teach us in the remaining episodes. Perhaps her use of the worm gene therapy will align with Cosima’s quest to cure the clone disease. Let’s certainly hope that Cosima won’t be pushed to do something rash again – despite the fact that Sarah’s worm was attempting to find the sequences associated with the clone illness, inserting the worm into her own cheek could’ve proven fatal for Cosima. Since she is already suffering from the illness, manipulating Cosima’s genes most likely would’ve exacerbated her symptoms, and could’ve led to her quick demise. Thankfully, Felix got to her just in time, and our geek monkey still has a chance.