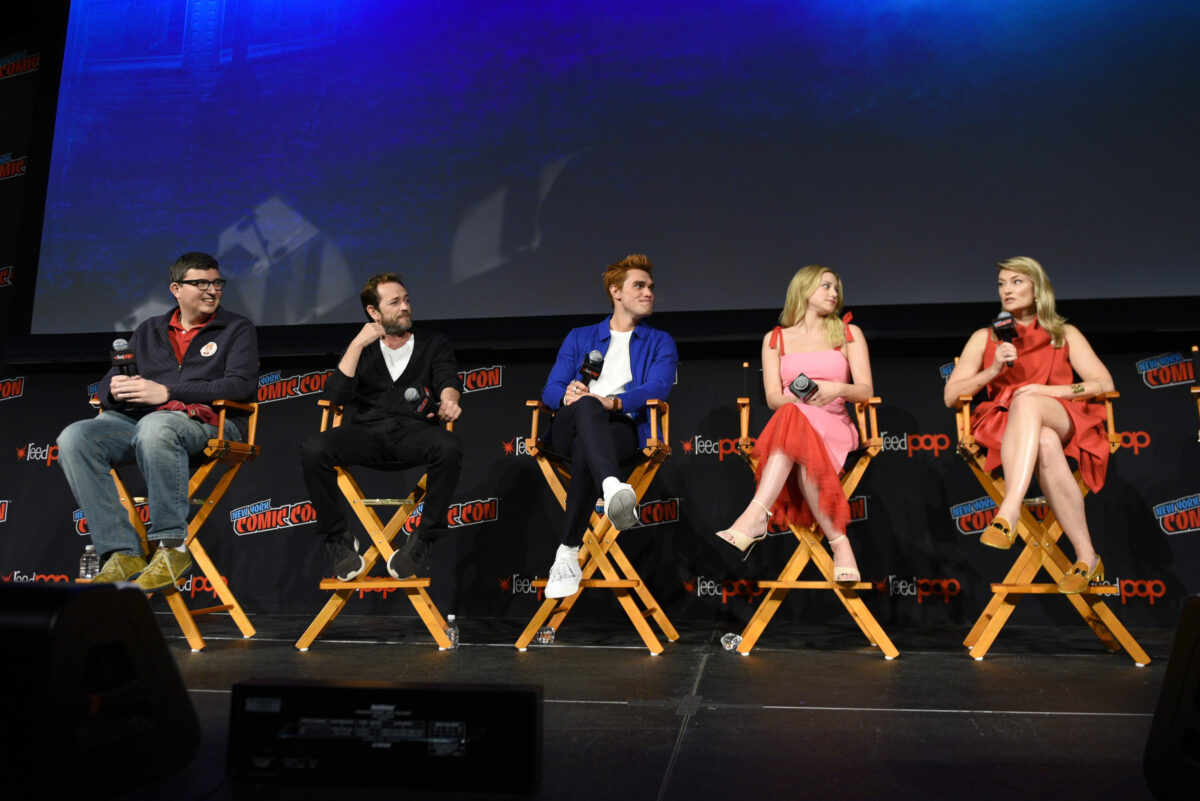 New York Comic Con is both exciting and also a weekend filled with tears—mainly because I do not sleep, I’m running around like a chicken with my head cut off, and I always spend way too much money. Sadly though, NYCC is going to be virtual this year like San Diego Comic-Con.

Switching to a virtual convention, the physical aspect (typically held at the Javits Center in New York City) is canceled. Again, my feelings on this are mixed. Let me explain how conventions typically go: For many, you’re walking around a packed Javits Center all weekend, smashed into rooms or waiting in long lines, and then you spend all your money on nerdy merch or pictures with celebrities. Now, that’s not a bad thing. In fact, I love going to cons. The problem comes with the sickness that surrounds a convention.

Every year after NYCC, I’m so stressed out and tired that I end up sick for at least a week after it. So, in a year where we’ve been indoors for five+ months because of a pandemic … the idea of going to NYCC even if it was safe didn’t seem that promising.

According to ComicBook.com, ReedPop (who hosts the convention) will be going completely virtual, with interactive aspects for fans.

Honestly? Maybe this is the way it’s going to be for a while, and it might not be a bad thing. It’ll keep money in our pockets, and if we find a way to include a virtual Artists Alley, then even better! But it’s also about keeping everyone safe. Conventions are a breeding ground for getting sick, and right now, that doesn’t exactly seem like the best option.

So yes, sadly, I will miss the joy of going to New York Comic Con this year, but at least we can all still have a fun virtual experience and get new content from our favorite shows and movies. And hopefully, next year, we can be back to our regularly scheduled convention circuit.