NYC Dept. of Education Wants to Ban 50 Words, Like Dinosaur | The Mary Sue

NYC Department of Education Wants to Ban 50 Words From Standardized Tests, Like “Dinosaur” 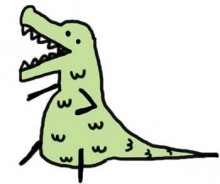 In an apparent quest not to potentially hurt the feelings of students, the New York City Department of Education is trying to get around 50 words and phrases banned from use in tests issued by the city. Extremely offensive words and phrases, like “dinosaur,” “celebrities,” and “computers in the home.”

If you’re wondering what the hell, welcome to the concepts of political correctness and offensiveness. Generally practiced out of goodwill, but rarely hitting the target. No one would be mad at the Department of Education for trying to be sensitive toward their students’ plights, but there’s a limit, and most would probably agree that a discussion of “slavery” is actually pretty relevant in an educational setting.