"Oh, really? You just got a promotion at work? Well I'm in space," is what we would all say if this were us. 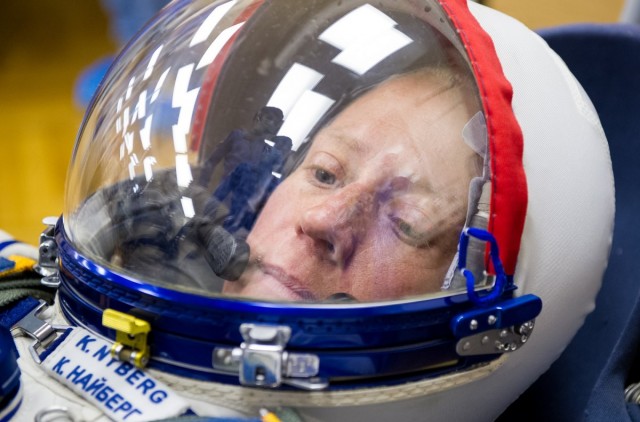 Not everyone likes to admit it, but the real purpose of a high school reunion is to see how much better you’re doing than all those chumps with which you graduated. It looks like everyone from the Henning High School class of ’88 was shown up this year, because their former classmate is astronaut Karen Nyberg, and she “attended” the reunion via video link from the International Space Station. It’s hard to brag about your job to someone floating 200 miles above you.

While connected through video, Nyberg showed her classmates around her home on the International Space Station, and even gave everyone a view of the Sun coming up over the Earth. The children of Nyberg’s classmates also got to ask questions about life in space. WDAY in Fargo, North Dakota has video clips of the interaction, and Nyberg even showed interest in her non-astronaut classmates.

Andrea Rogers, one of Nyberg’s former classmates, compared the event to a family reunion. She said her classmates were like extended siblings, so having Nyberg there, even if by video link, made it feel complete.

Since Chris Hadfield left the ISS we were worried there wouldn’t be anyone in space to do fun stuff like video chat into their high school reunion, so it’s great to see Nyberg taking up the mantle of the Super Cool Astronaut. Not that anyone could ever replace Commander Hadfield in our hearts, but there’s always more room for someone in space doing interesting things.

(via WDAY, image via NASA)