What Did the Mythbusters Invent for Chris Hadfield in Space? 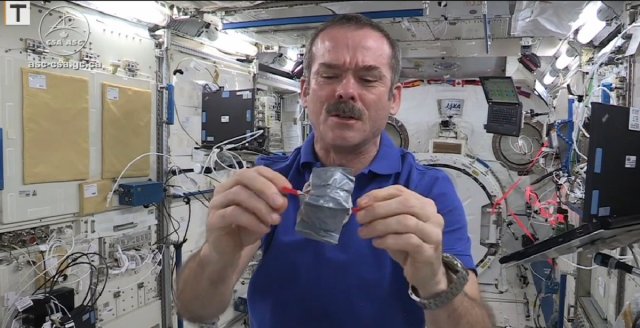 Remember that scene in Apollo 13 where the NASA engineers had to come up with a way for the astronauts to fit a square filter in a round hole using only things already on board the craft? The Mythbusters did that for Chris Hadfield when he was still on the International Space Station. They weren’t fixing an air filter, but they took care of an important problem

There are only so many things to do on the space station. It’s mostly work along with some eating and exercise, but in terms of recreation the options are pretty limited. In this new video by Tested.com Commander Hadfield shows off the in-flight Scrabble board as well as his own game, Space Darts.

Alright, so it worked rather less well than they had hoped, but I’m sure with some refinement the astronauts on the ISS can make this thing a reality.

The real bonus of this video is that we all get to feel like Hadfield is still in space.