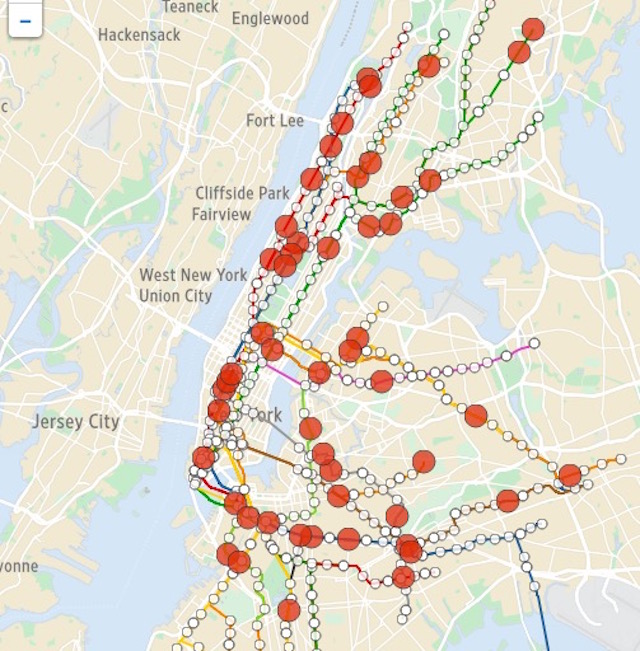 The results of a gene sequencing project on NYC’s subways have just been published, and half of the DNA found down there doesn’t even have a known match.

There’s also a map that will show you where in the subway system you’re most likely to contract dysentery (or other diseases), because it’s basically Oregon Trail down there. A packed subway car pulls up. You might be able to push your way in. Would you like to wait patiently for the next one or ford the river of people? (We all know you’re going to ford it.)

But what is all that unknown DNA? Aliens? Mole people? Ninja Turtles? Sadly, the unknown DNA probably has more to do with incomplete gene sequencing databases than anything else. Still, some of the matches that did turn up in Cell Systems’ results were pretty weird, too, due to the same incomplete DNA information. According to the Wall Street Journal:

Initial database searches with subway DNA, for instance, turned up false matches to the Tasmanian devil, the Himalayan yak and the Mediterranean fruit fly—all creatures highly unlikely to be found in a New York transit system.

Really, these results are just the beginning. The subway system didn’t even have nearly as diverse a collection of DNA—mostly microorganisms, humans, beetles, and plant life—as the dirt in central park, which contains about ten times more individual microorganisms. As gene sequencing advances and scientists are able to build better computer databases, we’ll more fully understand the world of microorganisms and the world around us in general.

But for now, knowing which subway stops to avoid if we don’t want diarrhea is a pretty decent use of science, too.

(via Gizmodo, image via screenshot)