Next up: 2014 Midterms to be determined by which candidate gets the most 'likes'. 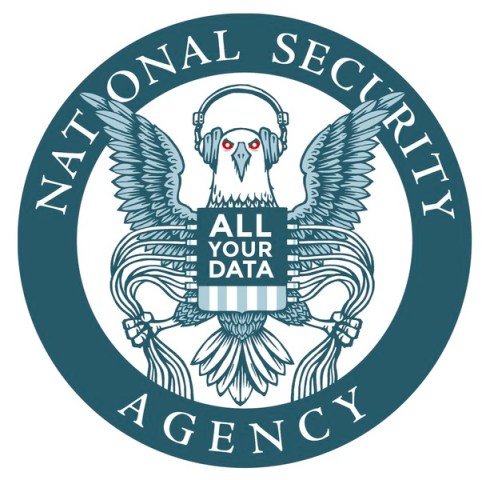 So, the NSA has had a hard time of things recently. Since everyone kind of hates them now, it has made hiring anyone a little more difficult than anticipated, because in addition to being reprimanded by college students, they’ve started tweeting job listings that may or may not use accepted English words.

To be fair, they seem to really need some new tech support, as the official page about NSA careers (as in the one not on Twitter) is down.

And with that “official” avenue closed, where might hopeful applicants turn but Twitter? Especially since the NSACareers Twitter account is just full of information, Some of it is even expressed in words that are in a dictionary. Just, y’know, not like a lot of it.

Like, you could go to the thrillingly named Corporate Gray Military Officers Job Fair, and then you too might be able to become an informaticist. Which, I guess, is something about… information? Maybe analyzing it? Certainly not assuring it, because that’s a separate job. But there’s something about one of the biggest organizations meant to keep the country safe hiring via Twitter — for Cryptanalytic Computer Network Operations professionals, no less — that’s a little worrying.

And it’s not exactly a one-time thing. 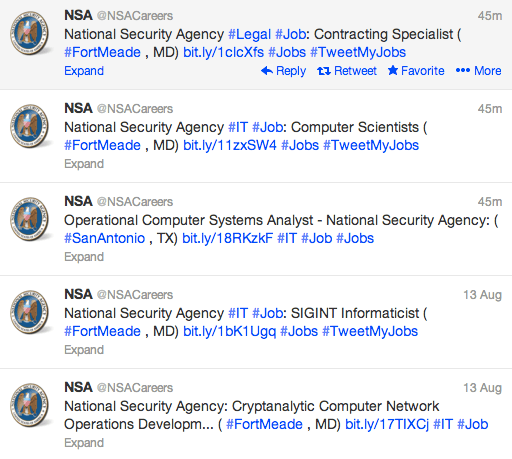 So, does this many postings in a row mean this method of hiring is really successful, or really, really terrible?

Sometimes they try to be clever, and it’s pretty much the worst.

Just how would one dream in algorithms?

And other times, they don’t actually give the job title, just the field, because, after all, they don’t want to look silly by making up superfluous words. And hey, what kid didn’t dream of being a Job ID 1035550 on day. You know, that or an astronaut. 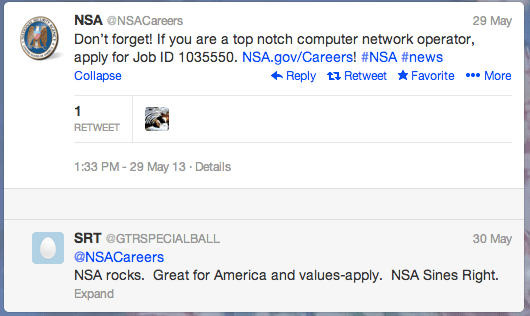 Haha, ‘sines’, get it?! That’s some pun-tastic youth lingo, is it not?

And sometimes they just want to give some general advice. After all, the NSA doesn’t just fight terror: they fight obesity!

Are you not exercising enough? Then you should think more! Fat people do better if they’re smart, after all.

So I guess the point is this: If you really want an excuse to become infamous and live in Moscow for a year or so (not counting the month it might take to get out of the airport), all you need is a Twitter account and a degree in anything from mathematics to… informaticism? Informatination? Cyrptanalyzationalysis? I got nothing.