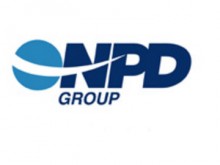 NPD Group, otherwise known as that company that releases video game sales data and helps fuel video game fanboy wars the world over, has a few striking changes in store for their monthly report, including not releasing sales data anymore. You know, that thing that is the whole point of their report.

Taken together, the changes seem to make the monthly report nearly useless, as they remove hardware sales figures and numbers from the top ten software sales, and refuse to track anything other than physical retail purchases, most glaringly digital purchases.

David Riley, NPD executive director, clarified that clients can release their figures and the NPD will verify them, “but it shouldn’t be up to NPD to release these figures.”

Oddly enough, the NPD will be releasing a “monthly analysis from NPD analyst, Anita Frazier, [that] will include software sales figures at both the SKU and title level for various new releases,” which seems awfully familiar to the thing they just announced they’re going to stop releasing.

What this boils down to is, if a notoriously stubborn company decides to withhold their sales information, there’s pretty much nothing anyone can do about it.

As Joystiq points out, NPD tried this three years ago, though gave up nearly six days later. Hopefully they’ll realize the mistake once again.