I truly did not see that coming. Color me shocked that I suddenly care about Vision? For years, I made jokes about him being a computer and didn’t particularly care when he died because I only cared about Wanda. And now, thanks to WandaVision, I … love him? Someone help! How dare you, Marvel?

Heading into WandaVision, I’ll be honest: I figured I’d continue to hate Vision. You know, maybe “hate” is the wrong word … I just didn’t care. There was nothing about him that interested me, and I ended up liking FRIDAY a lot, so I wasn’t even that sad to say goodbye to Paul Bettany’s JARVIS. And yet here I am, thinking about Paul Bettany’s Dick Van Dyke energy and asking myself what’s wrong with me.

Before you judge my sudden change of heart, let’s talk about Vision in a sitcom.

**Spoilers for the first three episodes of WandaVision lie within.**

For the most part, Vision was Tony’s computer to me. Barely his own character, I kind of hated when he and Wanda ended up together in the Marvel Cinematic Universe. Sure, in the comics, it’s different, but I didn’t think it was justified or warranted in the MCU. All of a sudden, Vision and Wanda cook together and fall in love? Okay. Sure.

So, when Wanda ran away with him in Infinity War and was terrified of losing him, I connected that to her losing her brother and her family more than actually caring about Vision. I’m here to admit that I was wrong, and seeing how much Wanda and Vision play off each other (which is due to the format) made me long for a timeline where Vision and Wanda got their time together.

And maybe that’s what this is all leading to. Maybe Vision isn’t really dead twice over, but until we solve more of this mystery, I’m just left with feelings for Paul Bettany’s portrayal of every sitcom dad, and I don’t like it! In each episode, there is one moment that is so specifically sitcomy that it makes me feel giddy.

In “Filmed Before a Live Studio Audience,” Vision comes home to find a classic sitcom issue before him: He and his wife had a miscommunication and now there’s no dinner ready for his boss! But when he sees her “sexy” outfit for him, he truly goes fully Dick Van Dyke with a “what are you wearing” sexy growl, and it’s honestly upsetting (in the best possible way). 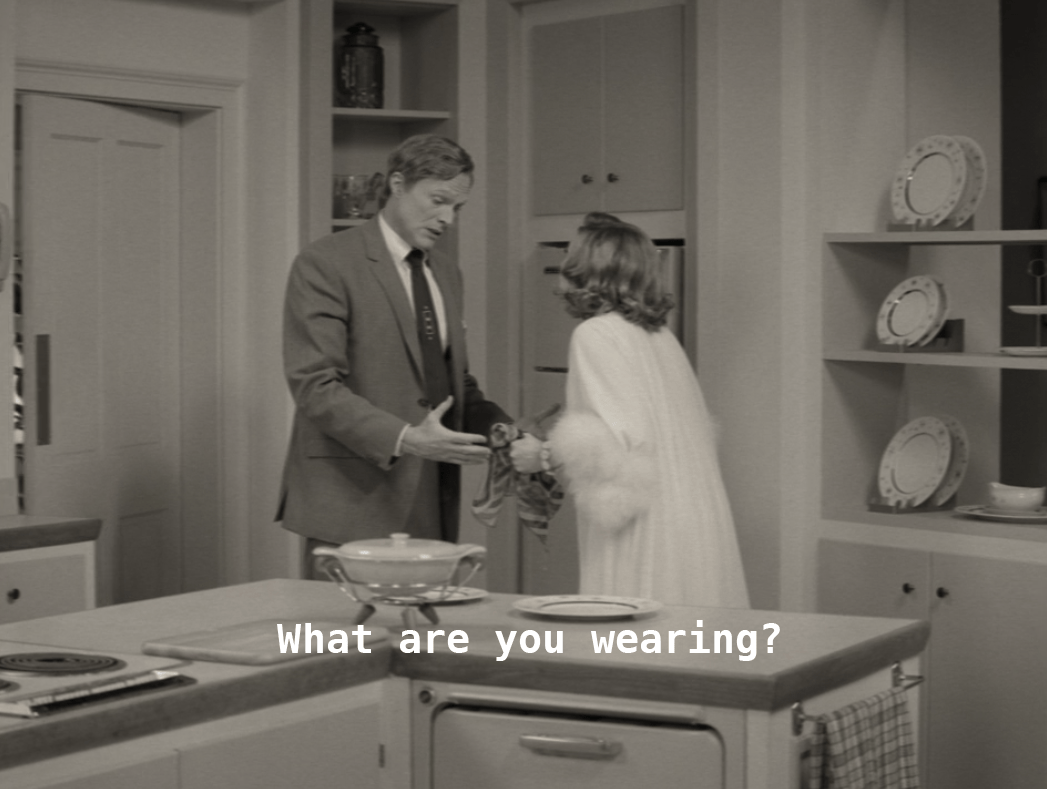 Then, when Vision is “drunk” on gum in “Don’t Touch That Dial,” we have this fun little moment when he is trying to explain what’s wrong with him to Wanda, and I don’t know why I love “me and the boys” so much, but I do. Is it because it’s so very much that “oops I got drunk” moment that existed in these sitcoms? Maybe! But I love it! And I hate that I love it! 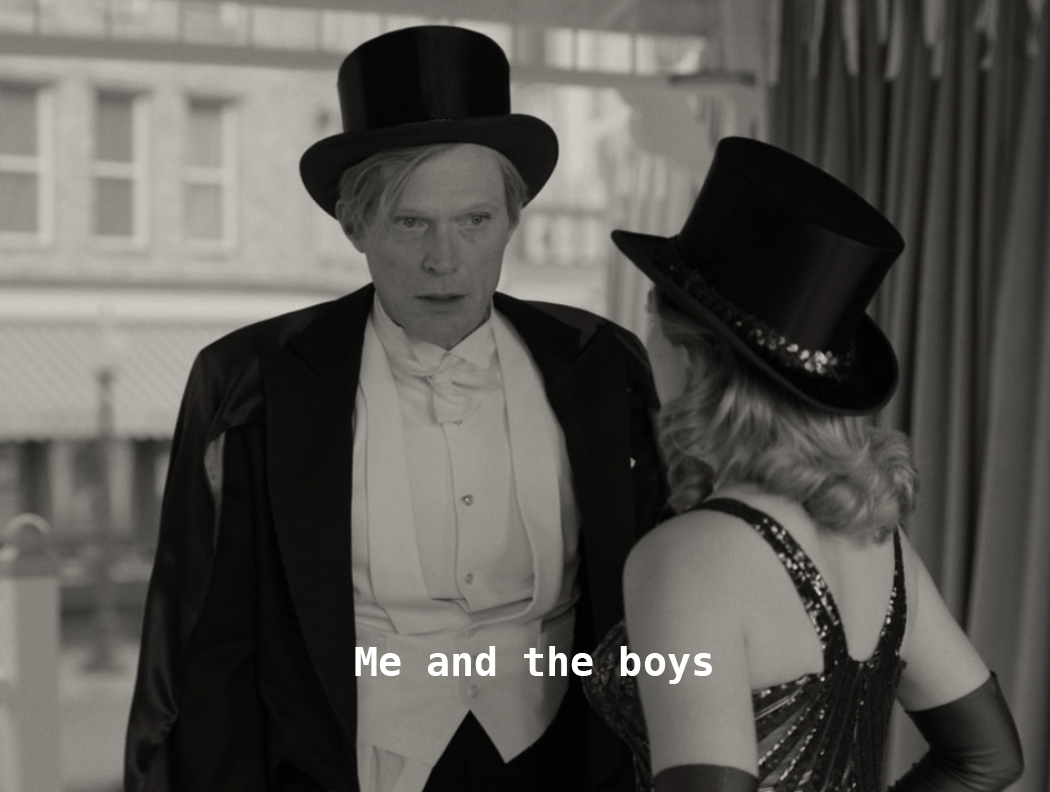 But the moment that probably hit the hardest and made me care about Vision was in “Now in Color.” Wanda is quickly going through her pregnancy—no really, like, super quickly. In the span of like 12 hours, she goes through 9 months of pregnancy, and Vision has all the emotions of a first-time father jam-packed into that timeline.

He’s nervous, he’s worried about Wanda, and in the end, he missed the birth of his son because this is still a 1970s sitcom. But as he comes home with the doctor and gets to see Wanda holding their boy, she asks if he wants to meet their son as himself—meaning his red robot self and not the blond Mike Brady look he gives the people of Westview. 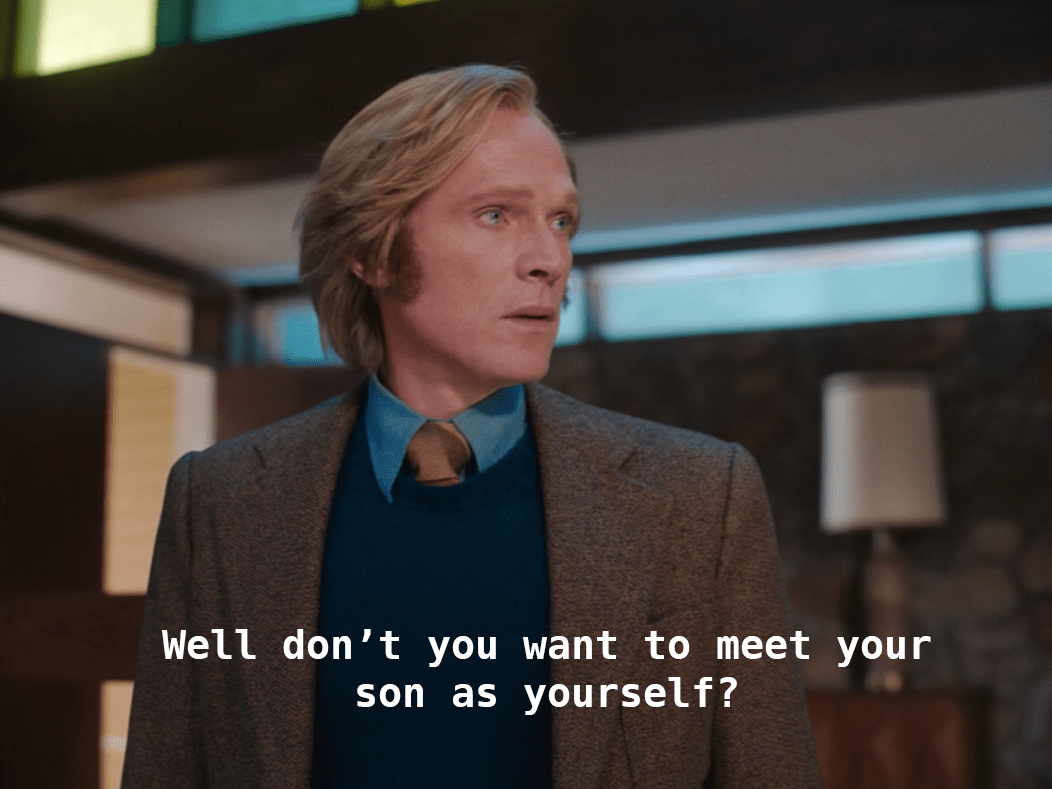 It was the simple gift of Vision naming their firstborn son Tommy, the name Wanda chose, that showed just how much he loved her—even if he was trying to name him after William Shakespeare. (He got his way when they had a surprise second son, but still.)

So, I’m here to say: I care about Vision. I know, I know, I never saw it coming, either, but I blame this sitcom format because I’m a sucker for a good husband and dad.