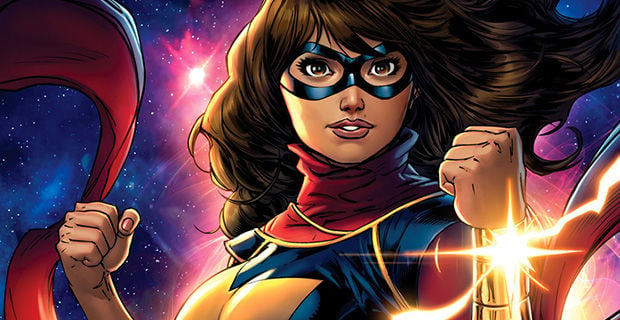 NYCC 2015 gave me a great opportunity to not only seek out female creators and creators of color, but it also allowed me the chance to have some pretty deep and thought-provoking conversations with members of the seemingly most coveted of all demographics: white, straight, cis, able-bodied men.

I had a conversation with a well-known comics creator (who shall remain nameless here, because this isn’t about the individual, but about the feeling he expressed) who is currently working on a project that features characters of color in a country that is not the US, which is one of the things I found so exciting. When I asked him what the non-US location brought to storytelling, one thing he mentioned was that “exotic locations” allow people to shift the way they think about things. He quickly backtracked saying, “‘Exotic’ is probably the wrong word. And you write for The Mary Sue, so I’ll likely get jumped on for that.”

I was kind of shocked by that. After all, I’m a huge fan of this particular creator, and at no time did I think I gave him the impression that I was going to write a “hit-piece” or condemn him for the simple misuse of a word. Especially since he backtracked and recognized that being fetishized or seen as “exotic” is not something that people of color, or people from other countries strive for. I informed him that 1) I love his work, 2) If I were going to write something about him after talking to him, I wouldn’t “jump on” anything, especially since he was thoughtful enough to recognize that he’d used a problematic word, and 3) when people “jump on” someone for using the wrong word or saying the wrong thing, it’s usually because that person wasn’t smart or thoughtful enough to actually examine what they said, and things like words and images in media (especially when they’re put out in the world by people with prominent platforms) have power.

I related the experience later that night to a white, straight, cis, able-bodied male friend of mine over dinner. This friend of mine is also a talented fiction writer/screenwriter/playwright (whose name I also won’t mention), and when I told him about my conversation with the aforementioned comics creator, he said “I kinda understand where he’s coming from.” We had a long chat about it. He reminded me of the time when he wrote a play set on a Lakota reservation in the 1970s (PS – I was in that play), and even though he had a Lakota adviser on it who gave her OK, and even though we had a talk-back after the first performance that included members of the Lakota community who had varied opinions (including supportive ones!) about whether a white playwright should’ve written the story at all, he felt like he was being reprimanded by the community; even though. from where I sat, people were just bringing up valid concerns that had nothing to do with him personally. He also wrote a novel and screenplay set during World War I which tells the story of black jazz musicians who fought during that war. I’ve read the script, and it’s great. But he’s since shelved the project, because he’s so worried about backlash, not to mention about “being the wrong person” to tell certain stories, that he’s not doing it at all, which is sad to me, as it’s a glimpse of the black community during that time period that we rarely get. 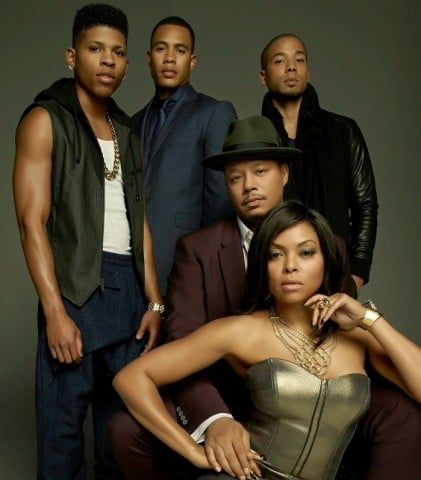 We talked about the idea of representation versus erasure. Obviously, the main solution is to hire more marginalized creators, and they can write authentically about their communities in all their diversity. However, I also think that there’s a place for white creators to use the platforms that they’ve received in part through their privilege to tell the stories of those outside their own experiences, and to amplify them. There’s a place for white creators to do their homework, consult with those communities, and write characters and stories that are authentic and non-offensive. G. Willow Wilson is a white Muslim writing a Pakistani-American Muslim superhero in Ms. Marvel. Danny Strong is a white screenwriter (and lover of hip-hop) who, with the help of Lee Daniels, has created Empire, a show about a black family led by a hip-hop mogul, and one of the most popular shows on television right now. Scalped, a well-researched and well-received comic by Jason Aaron for Vertigo, was a crime comic set on a Native American reservation with Lakota characters that ran the gamut of personalities. Oh, and he also did a great job in making the new Thor a woman. It can be done, and it can be done well.

Right now, it seems like there are a lot of  white, straight, cis, able-bodied men who want to be allies to women, communities of color, LGBTQ+ communities, and the disabled community, but fear keeps them from being as effective as they can be. And rather than scoff at that fear, or tell them to get over it, I want to address it. Because it’s understandable. I certainly don’t pity a community who, because of the privilege they’ve had their entire lives, have been sheltered from the anger of marginalized communities and are now, thanks to the Internet, shocked by the volume of it.  However, I understand it, and I ask that they stop and examine it.

What are you so afraid of? If someone you know personally came up to you and said that you offended them and told you why, wouldn’t you apologize and ask to understand so that you don’t do it again? (If not, you have larger problems that extend beyond pop culture) If so, why the disconnect when a community of people that you don’t belong to does the same thing? Yes, it’s often a lot of people, and I understand that you’re not used to a lot of people criticizing you in this way. Yes, getting negative tweets and FB comments and emails is an unpleasant experience. Now, think about those marginalized communities getting negative messages sent their way from all of society every day all the time. Suddenly, the negative tweets and emails pale by comparison.

Remember that just because people are expressing negative feelings about something you did – and hell, might even be *gasp* angry about it – doesn’t mean they’re “chastising” you, or that it’s in any way personal. They are responding strongly, because it’s one small example of the many instances in which they’ve felt othered by pop culture, and they want these instances to become fewer and further between until they’re gone.

Here’s the thing – the sad and true fact is that the group you’re a part of – White, Straight, Cis, Able-Bodied Dudes – has received what they have because of the oppression and suppression of other groups. That’s just a fact, and you can Google search to look into that further. Now, because you’re a member of that group, you don’t get the luxury of running and hiding when the conversations get rough just because you feel guilty. You have every other luxury in the world – yes, even the poor among you – you don’t get this one, too. Why should you be the only one to get out of this without being made to feel the slightest bit uncomfortable? We’re not going to skip the part where you have to learn things and change your behavior.

So perhaps, rather than feeling persecuted, you might instead see the criticism as an opportunity. Don’t shy away from these conversations, embrace them. See them as tools through which you can become a better artist. Use the critics as a sounding board. I’m not saying that you have to modify every story element based on what readers or viewers think. Not at all. But if you care about the communities you’re writing about at all (beyond them being a plot device for your story, of course), listen to the real people in those communities.

We need you to listen before you create.