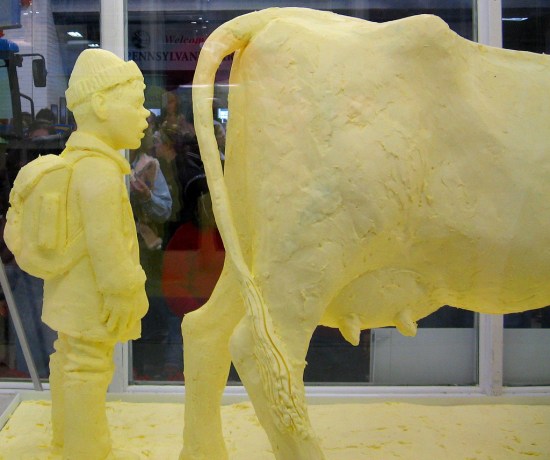 If you enjoy hot buttered toast, buttered pancakes, or my homemade macaroni and cheese (the recipe for which calls for a stick of butter), you’d do well to stay out of Norway. The Nordic nation is currently bereft of butter, a result of a wet summer that hampered dairy production, but also because of a high-fat low-carb fad diet. That’s right, folks: In order to lose weight, Norway ate all the butter in the country.

According to Reuters, the low quality of animal feed from an overly wet summer has resulted in 25 million fewer gallons of milk, and therefore less butter. The added strain of a fad diet was apparently more than the butter supply could bear, with demand for the creamy spread jumping 20% in October and 30% in November.

The shortage has lead to an amazing mark-up on the price of butter. According to Reuters:

Butter is now selling on Norway’s top auction website, with a 250-gram piece starting at around $13 (8.28 pounds), roughly four times its normal price.

Importing butter has proven difficult as well, due in no small part to Norway’s high import tariffs. There is, however, no word on whether or not an illicit market in smuggled butter has begun in Norway. With the approaching holidays, which Reuters notes is a popular time for butter-heavy treats, which will likely add to the national desperation. Now if you’ll excuse me, I have to strap 100 sticks of butter to my person and book a flight to Norway.

This is a picture of Mount Rushmore, with cows for presidents, made of butter, courtesy of Jonathan Boeke. Strangely, no one seems to have made a butter sculpture of either Paula Deen or The Butter Battle. Get on that, people. 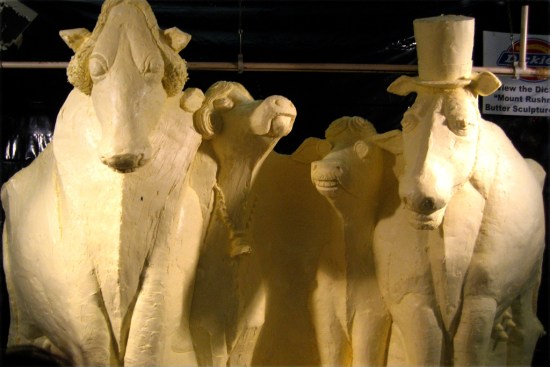 (Reuters via Giz, image via pwbaker)