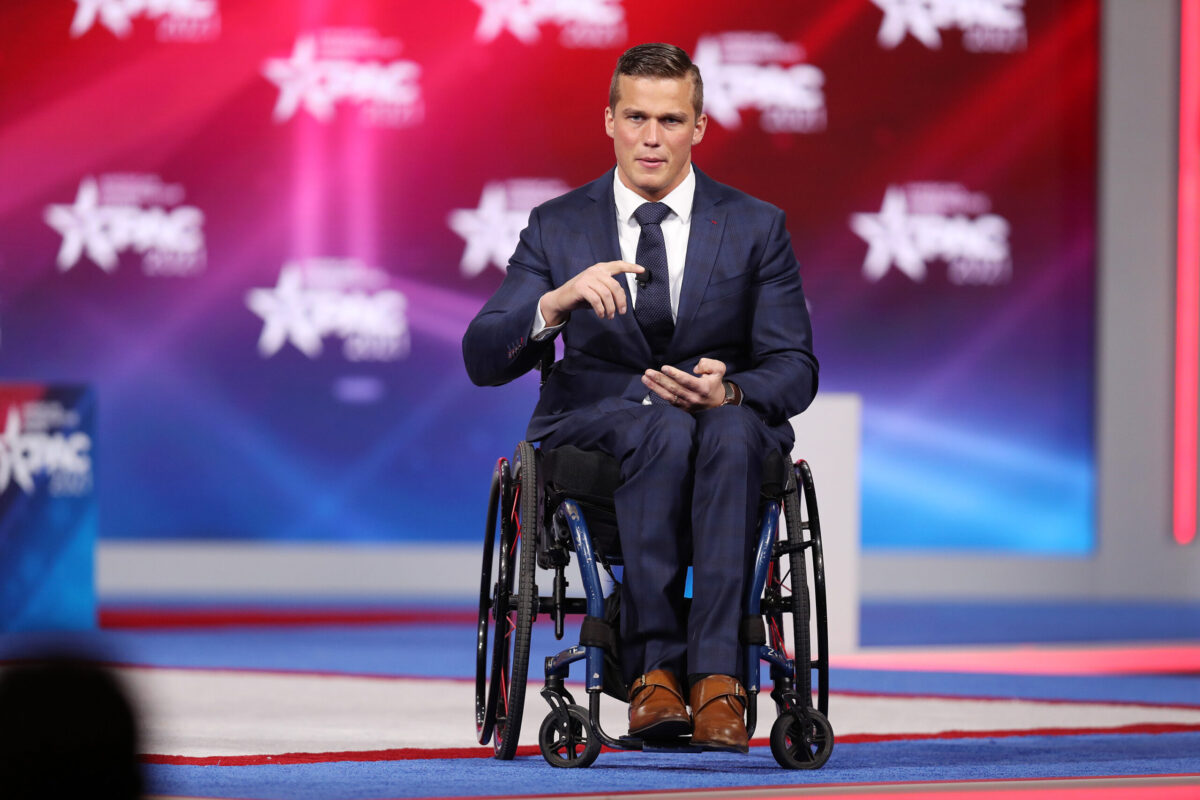 A small group of North Carolina voters has filed a lawsuit aiming to keep their terrible far-right representative Madison Cawthorn from seeking reelection.

There are a lot of reasons why Cawthorn should be banned from Congress: referring to women as “earthen vessels” in a disgusting anti-abortion rant, his long history of alleged sexual harassment and predatory behavior, his inexplicable hatred of trees. But the lawsuit claims that it’s Cawthorn’s support of and alleged role in the January 6 Capitol attack that disqualifies him from seeking office on a constitutional basis.

Lawyers for the 11 voters filed the suit to the State Board of Elections, contending that Cawthorn’s comments in the speech shortly preceding the insurrection violate the 14th Amendment, which states in part that no person “who, having previously taken an oath, as a member of Congress … to support the Constitution of the United States, shall have engaged in insurrection or rebellion against the same.”

The suit argues that Cawthorn’s alleged role in aiding the January 6 insurrection was substantial and the 14th Amendment clearly states no one who engages in insurrection can hold congressional office.

And while this kind of suit might seem like a long shot and many will likely dismiss it as being merely symbolic, it does not seem to be without solid legal merit.

Slate’s Mark Joseph Stern has a good explainer that in part compares the case to if someone under 35 tried to run for President. Since “the Constitution only bars 32-year-olds from serving as president, but not from running for president,” they can technically try to get themselves on the ballot, but state boards of elections have the ability to remove them from it.

At the very least, if the suit is allowed to move forward, it would put Cawthorn in the position of having to explain some things.

From The Hill (emphasis mine):

“As set forth in our complaint, the publicly available evidence, including Representative Cawthorn’s own statements and reports that he or his office coordinated with the January 6 organizers, establish reasonable suspicion that Representative Cawthorn aided the insurrection, thereby disqualifying him from federal office. We look forward to asking him about his involvement under oath,” said Ron Fein, legal director of Free Speech For People.

Also, speaking as someone who is represented in the Senate by this guy:

I definitely support not letting people who aid insurrections be in Congress anymore and it’s pretty great to know this is an option.

(via The Hill, image: Joe Raedle/Getty Images)
Want more stories like this? Become a subscriber and support the site!