Noomi Rapace Had a Much Larger Role in 'Alien: Covenant' | The Mary Sue

Noomi Rapace Originally Had a Much Larger Role in Alien: Covenant 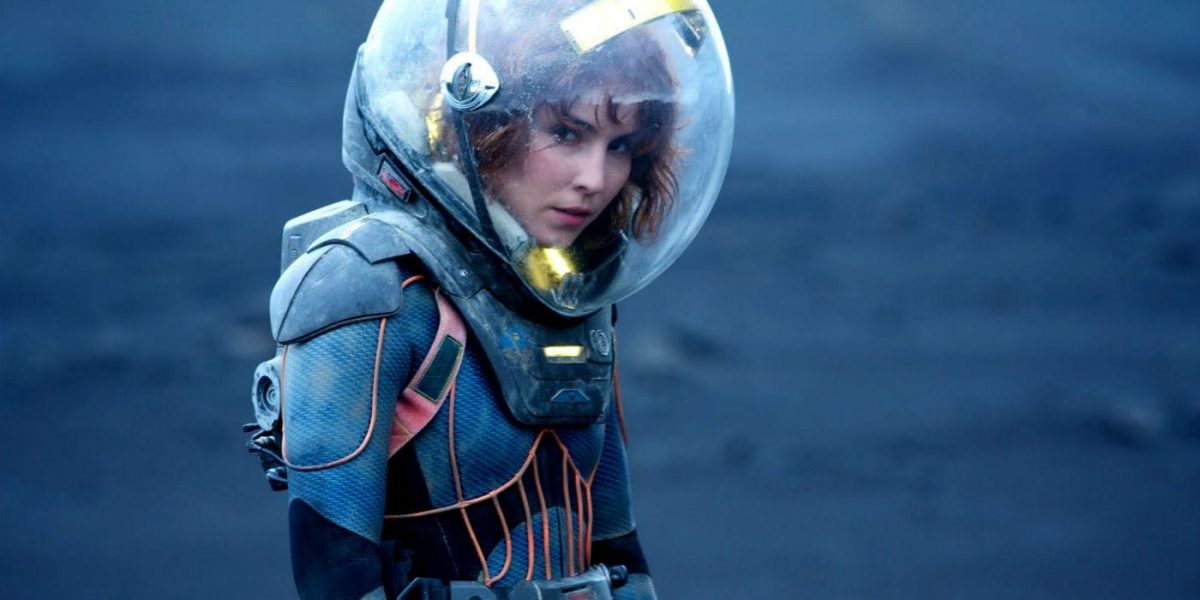 When Noomi Rapace was cast as the lead in the 2012 Alien prequel Prometheus, I was pretty damn excited. Rapace was hot off her powerful, kinetic performance as Lisbeth Salander in Sweden’s Dragon Tattoo trilogy, and the idea that she would be stepping in as this generation’s Sigourney Weaver surrogate felt right on the money.

Unfortunately, despite its stellar cast and big budget, Prometheus struggled with an uneven and often convoluted plot. Although the film had some visually spectacular moments and scenes of thrilling tension (Rapace’s surgery scene is one that will stick with me), it just didn’t quite capture the magic of the original quadrilogy. Granted, I still enjoyed the the experience, and was excited to see where Rapace’s Elizabeth Shaw and Michael Fassbender’s android David would end up.

When we finally get a sequel to the film, 2017’s Alien: Covenant, Rapace is nowhere to be found. She and Fassbender appeared in a brief prologue, The Crossing, that was released on YouTube as a bridge between the two films. It was later revealed that her character had been murdered by David and her body was used in genetic experiments. It was an ignoble and disappointing end for a character that was rife with potential.

Clearly Rapace’s story was supposed to continue … so what happened? Two years later, we finally have some information, thanks to creature designer Carlos Huantes. In an interview with HN Entertainment, Huantes revealed the following:

“Prior to the black goo genocide, I know that in the script I had, the early script, there was the story between Shaw and David, and how and why David got reassembled. That story happens at the beginning of the film but they kind of bypassed all of that which makes it a little more horrific in a way…

In the first version of what was called Paradise/Prometheus 2, Shaw was alive. They find her and she’s been hiding from David the whole time and she helps them escape. I told Ridley [that] my wife and mother-in-law, who are strong characters themselves, they loved the Shaw character and the actress (Noomi Rapace) more than any other characters in the film and they’re not science fiction people, but they liked the film because of Noomi. I think it was a studio call as to why she didn’t return. What a shame.”

He continued, saying, “So they end up going to the city and that’s when David looks at her and tells that story ‘Do you trust me, do you trust that I love you and everything I’m going to do from this point on is because of you and that’s all to protect you’…she looks at him and says ‘Okay, yes I do’ so then he turns around and kills all the Engineers on the planet. It’s his own twisted way of vengeance for her; he kills the planet. She is like ‘Hey, I wanted to talk to these people’ but too late the whole planet is polluted now and everyone on the planet dies.”

I think there would be plenty of story to mine with a survivalist Shaw hiding out from a murderous android and helping to save the Covenant crew. Losing Shaw’s storyline and re-centering the story on David and the David/Walter relationship was frustrating, especially since part of Alien‘s legacy is a strong, decisive female lead. To betray that in favor of Fassbender making out with himself just feels wrong. And as for Katherine Waterston’s grieving chief Daniels, well, she barely gets enough character development to register.

All in all, Elizabeth Shaw feels like a missed opportunity, and Noomi Rapace/the Alien franchise deserved better.