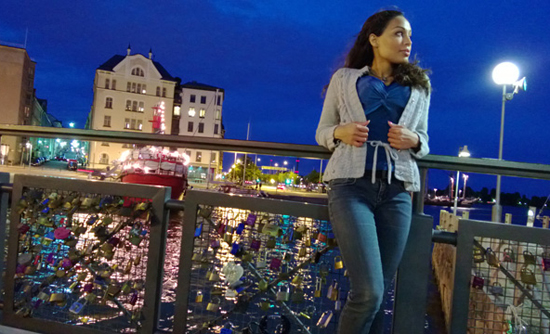 The Nokia Lumia 920, unveiled just yesterday, looks like a pretty sweet smartphone. With talking points like PureView imaging technology, and Optical Image Stabilization (OIS), Nokia almost appears to be building more of a camera than a phone. The benefits of the physical OIS present in the Lumia 920 are showcased in a promotional video Nokia released. Unfortunately, the video doesn’t actually use footage from the Lumia 920.

As with any kind of promotional video, a certain level of skepticism is healthy. The video purports to show a man riding a bicycle while filming a woman riding next to him. There are specific segments that are meant to showcase what a typical phone might record versus what the Lumia 920 records. Under closer inspection, however, this doesn’t turn out to be the case. Nokia didn’t record this with a Lumia 920, as made evident by a video over on The Verge.

It’s pretty obvious that someone in a van with what looks like a regular camera isn’t exactly comparable to a man on a bicycle recording with a smartphone. After being confronted with this, Nokia issued an apology that said they “should have posted a disclaimer stating this was a representation of OIS only.” Speaking with The Verge, a Nokia spokesperson emphasized that it was “never the company’s intention to deceive anyone[.]”

By not including a disclaimer in the first place, that’s exactly what they did, however. The apology from Nokia does include a video that purportedly shows off what the Lumia 920 can really do, though, so at least they owned up to the mistake when they were called on it. That’s something, at least.

(Nokia via The Verge, image courtesy of Nokia)