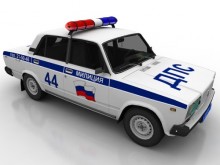 Remember that time that Apple helped instigate a police raid of the house of Gizmodo editor Jason Chen to get back the leaked iPhone 4 design? We do. And it would seem Nokia remembered the part where it worked in getting the hardware back, but not the part where it got a lot of negative publicity and made Apple look kind of a like a bully.

This time around, Nokia has sent the Russian police, which just sounds way more intimidating, to procure a leaked Nokia N8 from the home of Mobile-Review.com editor-in-chief Eldar Murtazin. The raid was provoked by, unsurprisingly, an article written based on a yet unreleased prototype of the phone.

How many times is this going to happen? Not long ago, blogger Murtazin wrote about leaked specs for the Android 3.0. Can’t phone companies just, you know, not let these things out of sight? Of course, leaks from people on the inside will never be curbed by just not letting your employees take your prototype to the bar.

The legal aspects of the whole dispute are still being debated:

“Nokia says there has been a trade secret infringement,” Murtazin said on his blog. “But we have never signed any non- disclosure agreements with them and Nokia knows that very well.”

Nokia said in a post today on its official blog that Murtazin has identified himself as a consultant to other mobile- phone manufacturers. “Whether Mr. Murtazin’s actions were as a blogger, or whether he is acting in the capacity of a consultant in order to provide information to his clients is an open question,” it said.

(Via BusinessWeek via The Next Web)