Well, this gives the lie to the theory that Gizmodo’s bombshell article about the leaked iPhone 4G a. was an Apple plant and b. would have no legal repercussions. Jason Chen, the Gizmodo editor who authored the piece and took apart the iPhone, which the site claims to have paid $5000 for after an Apple engineer supposedly lost it at a bar, had his house raided by California’s Rapid Enforcement Allied Computer Team, who he says seized four of his computers and two servers, made him stand outside of his own house with his hands on his head, and tried to dredge up the source of the leaked iPhone.

The question is: Will Chen get the legal protection afforded to journalists, whose property cannot be confiscated by search warrant, or are bloggers unprotected?Chen’s employer Gawker Media certainly seems to think he’s covered: in a scathing letter to the police, Gawker C.O.O. and legal representative Gaby Darbyshire writes that “Jason is a journalist who works full time for our company. Abundant examples of his work are available on the web. He works from home, which is his de facto newsroom, and all equipment used by him there is used for the purposes of his employment with us … In the circumstances, we expect the immediate return of the materials that you confiscated from Mr. Chen.” 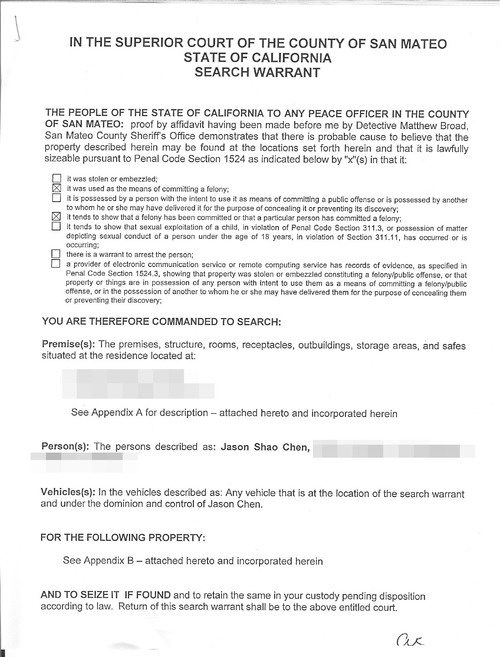 Then again, as The Village Voice‘s Foster Kamer points out, Gawker CEO Nick Denton has previously disavowed the title of “journalist” for his employees, a distinction which may sound appealing semantically, but could potentially be of legal consequence if the state of California makes a concerted effort to argue that Chen is not, in fact a journalist and should be denied the legal protections of the profession. And note that as many lawyers have since pointed out, if San Mateo County thinks that Gawker Media committed a crime rather than using a possible criminal as their ‘source,’ shield laws almost certainly won’t apply.

Gizmodo intended to make a splash with their iPhone 4G story, which, whatever its ethics, is non-hyperbolically one of the biggest tech scoops of our time. Now, they may have a chance to help redefine the murky barriers of the law associated with bloggers and their trade — if they’re willing to foot the bill. And there’s no guarantee they’ll succeed.

On a lighter note, via Topher Chris’ Tumblr, we have this insta-ironic take on Gizmodogate as an Apple revenge play, complete with an adaptation of the first lines of the Giz piece that started it all: “They were found lost at the San Mateo County Police Headquarters. We got them. We disassembled them. They’re the real thing, and here are all the details.” 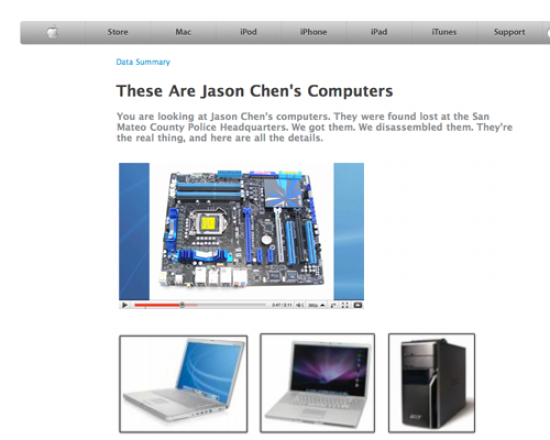