Rogue One First Star Wars Feature Film Without An Opening Crawl, Among Other Things 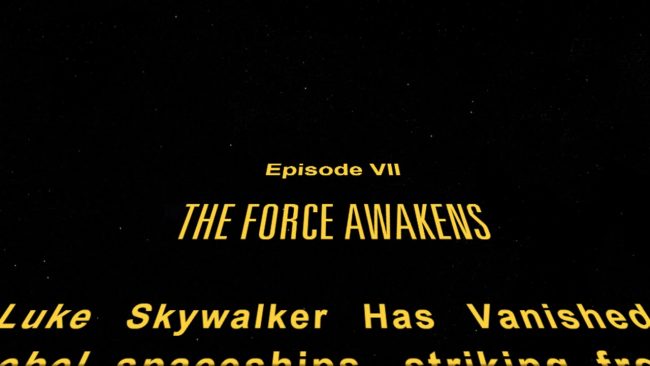 This is the last one of these for a while…

If those stills Jessica posted earlier didn’t get you properly jazzed about the impending arrival of Rogue One: A Star Wars Story, then maybe these little nuggets of information will! Because there are many ways in which this film will stand apart from its Star Wars brethren, but these could be the most jarring in the actual theater if you didn’t know about them in advance. Thank goodness you have us. You’re welcome.

According to Variety, Lucasfilm’s Kathleen Kennedy hinted in an interview that Rogue One won’t begin in the traditional way of Star Wars films with an opening crawl getting the audience up to speed as far as where we are in the Star Wars story. She describes the film as a World War II-style adventure saying, “We felt that’s so indicative of what those saga films are. Initially, we probably will begin the film in a way that is traditional, with just the title.”

The lack of an opening crawl isn’t the only major difference with Rogue One. The other is that this is the first Star Wars film without a score by John Williams! Try not to cry. The Gareth Edwards-directed film will have music by Michael Giacchino, frequent Bad Robot/J.J. Abrams collaborator whose work you might know from Jurassic World, Up, Super 8, and Lost. Given how gritty and frenetic Rogue One looks like it might be, I think Giacchino’s music will pair well with the story they’re trying to tell here.

I have to say, the more I hear about these “anthology” movies, the more I like the fact that Star Wars is moving beyond the Skywalker Saga in the film universe. The stories are bound to each other by history, but it’ll be fun to watch the aesthetics of each film change as we explore different facets of a galaxy far, far away.

(via Collider, image via screencap)