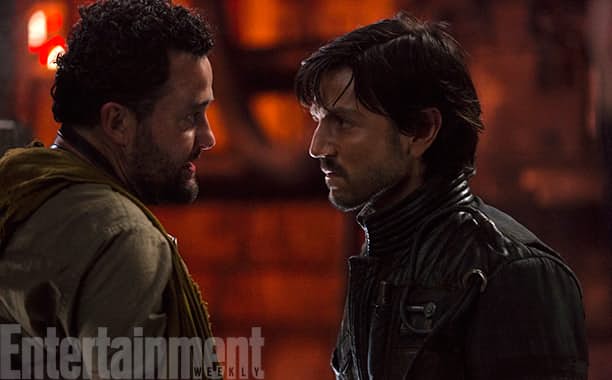 “That’s my jacket,” he said. Cassian tried to give it back to him, but paused when he continued, “No! No, no, no. Keep it. It suits you.”

We’re mere weeks (weeks!) away from the release of Rogue One: A Star Wars Story, and as per usual when we’re this close to a movie release, the curtain’s pulled back just a little bit more every day. Expect your anticipation to spike—along with your heartrate—once you check out these promotional photos from Entertainment Weekly. They’ve got some pretty amazing shots of Darth Vader in particular that feel… strangely grounding.

In other words, the shots are kind of evocative of many of the set photos that came out when the original trilogy came out. You know that feeling you get looking back at those old photos with young Mark Hamill, Carrie Fisher, and Harrison Ford? It kind of makes me wonder if we’ll look back on these photos here with the same kind of nostalgic eye. It makes me wonder if those who come after us will look at them and think “Oh, gosh, remember when?” as we spread and share them on Facebook (or whatever future variant thereof).

It’s not like these photos give us much to go off of, speculation-wise. Vader’s as intimidating as ever, even though in one shot he looks like he’s grasping an apple. You know, very angrily grasping an apple. An invisible apple. Invisapple. 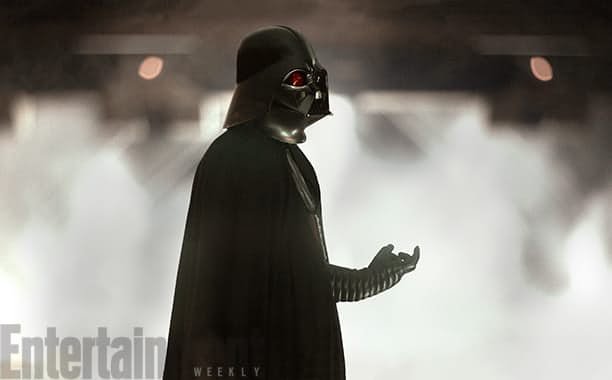 “You can’t see it, but it’s totally there,” Vader said. Everyone nodded in agreement, not wanting to get choked out over an invisible apple.

Or this shot of everyone gathered around the meeting table looking like they’re about to launch into a massive game of beer pong, the likes of which the galaxy has never seen. Or they’re just gathering to discuss their plan before the climax of the movie like in every single Star Wars movie ever made. You know, the usual. 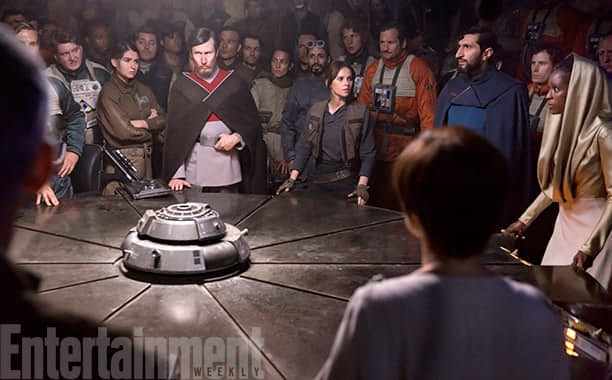 Jyn wonders who forgot the red cups this time.

Check out Orson Krennic demonstrating proper “before leaving your quarters” checks, looking for his KWD—keys, wallet, and datapad. 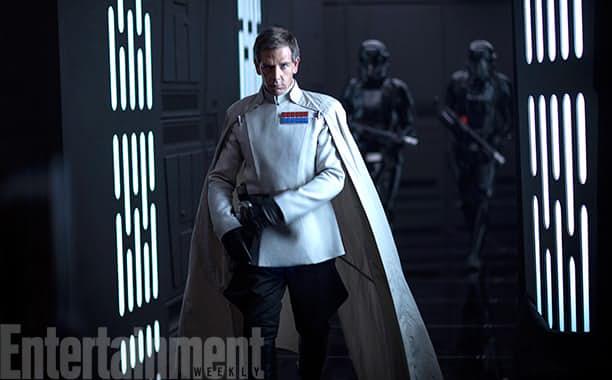 And finally, how about this scene of when Captain Andor and Jyn run into some clueless time travelers who got lost while on holiday in Hawaii? 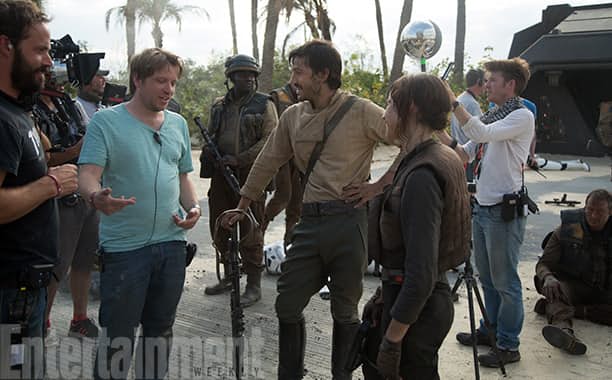 “… and then they elected this megalomaniacal narcissist as their leader,” the man explained. Jyn laughed, cutting him off. “Yeah, tell me about it,” she said.

There’s plenty more fun shots over on EW, all with captions and descriptions so much more accurate (and true) than these ones we have here! I can’t vouch for how much fun they are, but hey, fun is in the eye of the beholder (or something), right? Right.