A huge patch for a huge game. 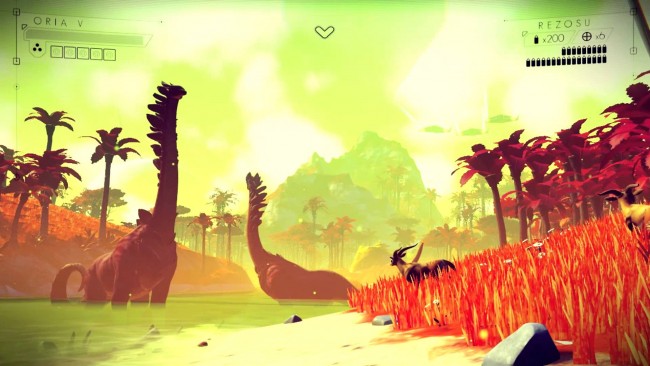 A player with an early copy of No Man’s Sky has already claimed to have seen—effectively, since it’s not literally possible—everything there is to see in the game, but a day-one patch will change all that in more ways than one. Not only will No Man’s Sky remove the possibility of the valuable resource exploit that player used to reach the game’s ending in just around 30 hours, but the game will get multiple endings.

It won’t just be the endings that differ, either; the game will follow one of three distinct “paths” based on player choices, and they’ll affect how the game unfolds. Those aren’t the only changes, either, as the team at Hello Games has apparently been rather busy since the game went “gold.” Other tweaks include adjustments to standard combat, space combat, more dangerous planet types, updated terrain generation, more ship types, and the ability to scan areas for other players to make interaction with each other across the game’s 18 quintillion (really) worlds more likely.

There’s even more where that came from in Hello Games’ full patch notes, and the update will release today for press and others with an early copy of the game to check it out. When No Man’s Sky launches publicly tomorrow, the update will be applied during installation—the only catch is for people who already have a game save from an early-access copy, which won’t work with the update, so they’ll have to start fresh.

Hello Games’ Sean Murray mentioned that they plan to keep updating the game, as well, though post-release updates thankfully won’t require players to delete their saves in order to play the new content. Murray wrote, “We’re under a pretty intense spotlight right now, and hopefully it’s easy to imagine how hard it would be to switch off from that, or how deeply we care about people’s first impression of the game. In fact most of us were back here the day after we went gold, working on this update. We’re already proud of what we put on a disk, but if we had time, why not continue to update it? Hello Games will continually update No Man’s Sky this way. This is the first of many.”

(via Eurogamer, image via Hello Games)