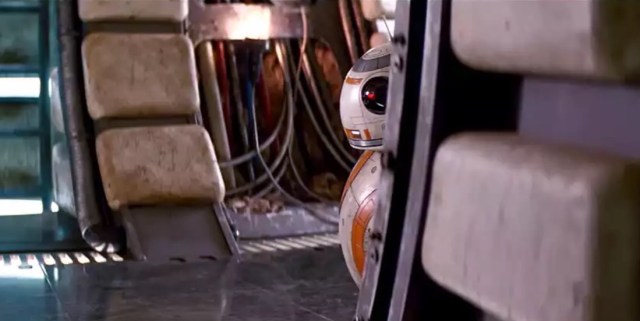 Unfortunately, for fans who want to get their TFA fix in the world of Star Wars Battlefront, the Battle of Jakku map is as close as they’re going to get. Downloadable content will certainly be released for the game, but according to a tweet from EA Arts, it will be entirely focused “on the original trilogy” of episodes IV through VI this time around.

Players do have the opportunity to face off on a map of Jakku, but events surrounding that planet (i.e. the epic face-off between the Rebellion and the Empire) technically take place between Return of the Jedi and when we first see our new characters having adventures there in The Force Awakens.

EA has already posted a schedule of four planned premium DLC releases in 2016, which include more playable heroes and villains as well as additional maps and weapons, as well as several free DLC releases for Battlefront players.

We don’t know for certain that we won’t have the opportunity to play as Finn, Rey or Poe Dameron yet–but for the foreseeable future, we’ll just have to content ourselves with picking up a blaster as Han or taking on Rebel soldiers as Darth Vader. (Still not a bad way to spend an afternoon.)