Researchers Create Glowing Dog That Can Be Turned On and Off 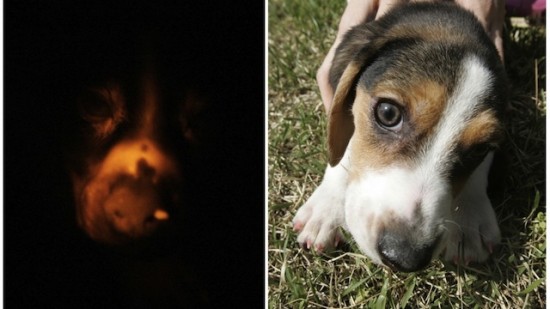 Researchers at Seoul National University have announced the creation of a genetically modified, glow-in-the-dark dog. The female beagle, named Tegon, glows fluorescent under ultraviolet light. But, perhaps surprisingly, glow-in-the-dark animals aren’t all that new since we’ve seen glowing pigs and fish before. What is particularly interesting about Tegon is that the glowing ability is capable of being turned on and off.

When ingested by the dog with food, the drug doxycycline can activate or deactivate the ability to glow. Led by Lee Byeong-chun, the researchers used the same somatic cell nuclear transfer technique to make Tegon glow that was used in 2005 to make the world’s first cloned dog, Snuppy. 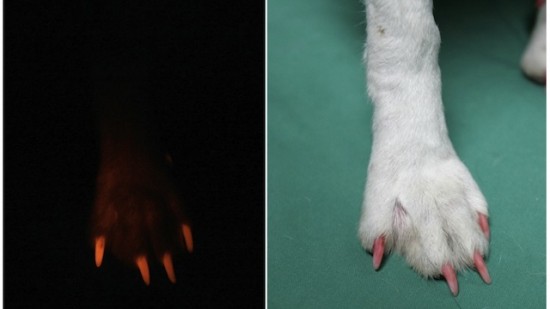 Published in the journal Genesis, the research shows that it is possible to successfully insert genes into a dog that allow it to express a specific trait that can be controlled, while not altering other functions. This isn’t earth shattering as far as human biomedical research goes, but finding the right pathway to do this could have important implications for research into the effects of some of the 268 illnesses shared by humans and dogs.

“The creation of Tegon opens new horizons since the gene injected to make the dog glow can be substituted with genes that trigger fatal human diseases.”

But don’t expect glowing dogs to become all the rage. Creating Tegon and performing the necessary verification tests on the research cost the university $3 million (3.2 billion won). So, while the technology used to create a glowing dog may prove to be useful for biomedical research, there isn’t going to be a crazy commercial glowing dog trend. Tegon is one of a kind.