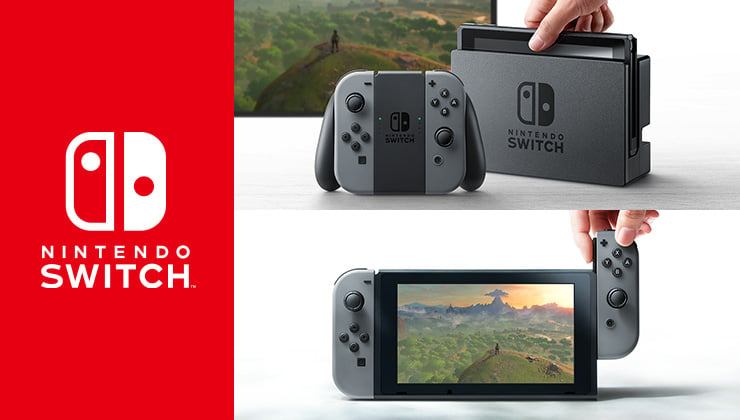 Nintendo finally pulled back the curtain on the Nintendo NX today, announcing it officially as the Nintendo Switch. The reveal came in the form of a stylized trailer showing the bright, social gaming future Nintendo envisions with their portable/console hybrid, which means we were left to glean a lot of the hard details from the footage ourselves. Here’s what we learned, as well as the questions that were raised.

First off, all the “reports” were 100% true, and the Switch is indeed a gaming tablet with two control sections on the side that can be detached. In that regard, the trailer was largely full of things that fans who’d been following the rumors already “knew,” which isn’t necessarily a bad thing. Nintendo’s long had a stranglehold on the portable gaming market—even with mobile gaming encroaching—so it makes sense for them to fully embrace it and just go 100% portable with the option of also connecting to a TV through a docking station.

The “Joy-Con” control sections can be used in a variety of ways—one held in each hand separately like a Wiimote/nunchuck, attached to a “Joy-Con Grip” that mimics a standard controller, or using just one of them sideways as its own controller. The tablet portion even has a built-in stand so you can detach the controllers even while using the system as a portable, which is a nice touch for comfort while gaming away from home. They also feature analogue sticks rather than circle pads (and shoulder buttons), which is a relief, and the sticks are asymmetrically placed—personal preference, but that’s what I want. 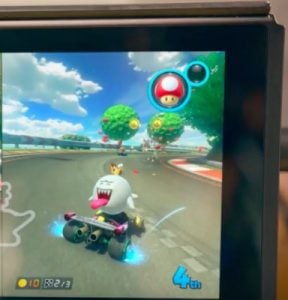 There’s also an optional Pro Controller, and the Switch will indeed use game cartridges instead of discs. As you’d expect from a portable game machine, the Switch allows system vs. system multiplayer, with “numerous” systems able to join a single game, according to Nintendo’s press release. The release also states that the full list of software titles is still forthcoming, but the trailer showed the known Zelda: Breath of the Wild, as well as what appeared to be snippets of a new Mario game, a new Mario Kart (not just a port of Mario Kart 8, especially noticeable by King Boo as a playable racer),  a Skyrim port—here’s what their 3rd party support looks like so far—and Splatoon … which leads me to the questions raised.

Was that a new Splatoon (Spla2n?), or just a port of the Wii U version? With that eSports backdrop at the end, will Smash Bros. Wii U be making a jump to the Switch? If it does, I’d expect some kind of special edition that includes character and stage DLC. I also have to wonder if Nintendo will finally support built-in game streaming to Twitch and/or other services. There have been rumors that Nintendo would port some of its Wii U library over to the Switch, which would only make sense, considering that Wii U has some great games that haven’t gotten nearly the love they deserve due to low system sales. 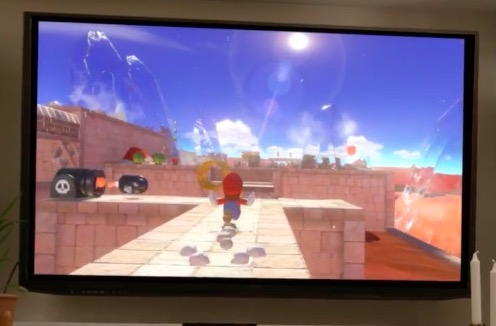 However, that raises another question: touchscreen functionality. There was no touch capability shown in the trailer, which probably means the Switch is lacking fundamental Wii U functionality, which could make porting games difficult. That doesn’t mean ports won’t happen, but compromises will have to be made. On the other hand, the lack of touch functionality makes sense as a cost-saving measure when putting out a system that comes with its own high quality display. It’s also been speculated that the Switch could sport some kind of cellular data technology, but I’m guessing the core of the system has been kept simple and streamlined for the sake of price. 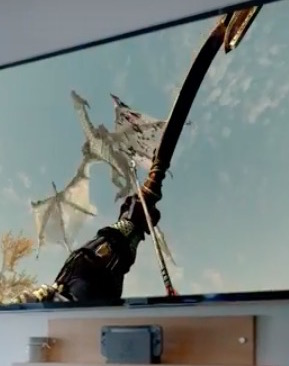 Likewise, the Joy-Con controllers didn’t seem to have any of the purported Wii remote functionality, meaning a lack of accelerometers and motion control. There was also no wired controller shown, which isn’t a problem for the average consumer, but it could cause interference issues at gaming tournaments with a large number of people playing at once in the same room. However, the base station wasn’t shown much, and it’s possible that it provides USB ports (indeed, a view of the dock’s side appears that it does) that will be compatible with the Wii U’s gamecube controller adapter, at the very least.

One of the biggest questions, though, is this: How will the battery life be? Battery life can make or break a system that’s meant to be used as a handheld, so we’ll be watching closely for any estimates from Nintendo as to how long we can go without plugging in. We’re also left to wonder how much internal storage the Switch features, which is something Nintendo has historically struggled with. We also didn’t get a price for the console, but the release window of March 2017 was reaffirmed, which is reassuring.

That leaves us with the big-picture questions: Is this a true merging of Nintendo’s console and portable lines, and what does it mean for Nintendo’s future? With the Switch missing touchscreen functionality, it’s hard to imagine it being a full replacement for the 3DS, but it’s equally hard to imagine Nintendo essentially offering two competing lines of portables, since that’s what the Switch really is. Perhaps we’ll see future upgrades to the Switch—like Microsoft and Sony’s half-generation console upgrades—to add touchscreen features or VR functionality. With the Switch already capable of being dropped into a base station, it could just as easily slide into a pair of VR goggles, and Nintendo could keep the cost down a bit for existing customers by using the same base station for future models.

We’re also left to wonder just what the resolution of that “HD” built-in screen is, as well as the power of the console in general and what resolution it supports on TVs. 1080p? 4K? Since this is Nintendo, I’m guessing they’re sticking to 1080p right now, but that’s another candidate for a future mid-generation upgrade. It’s worth noting that as graphical enhancements continue, they also become more subtle, making Nintendo’s strategy of not prioritizing pure power even more practical, so it’s likely to continue. 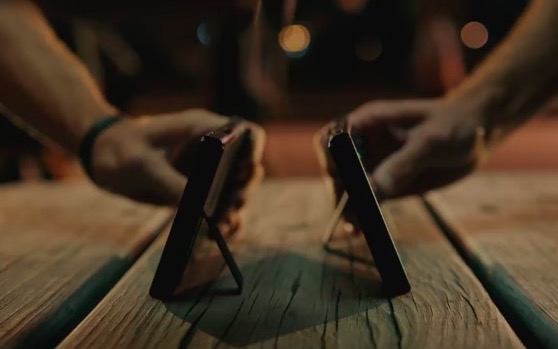 In the end, what will move the Switch off shelves—or not—will be must-have games, so we look forward to having these questions answered and learning what the full software lineup holds.