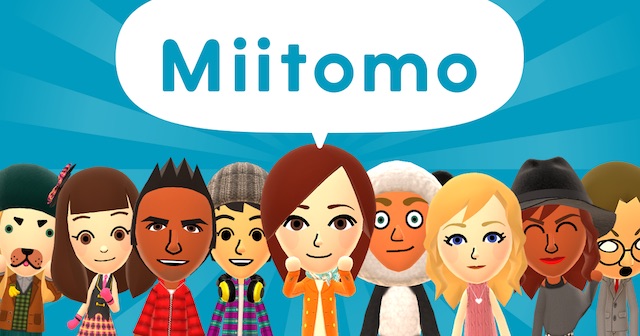 Nintendo’s Miitomo may have experienced some troubling user drop-off following its initial debut, but the iconic gaming company is just getting warmed up when it comes to mobile games. In the near term, they’ve got Fire Emblem and Animal Crossing on the way to smartphones, but in the long run, they’re looking into all kinds of options, up to and including their very own smartphone controller.

That news comes out of Nintendo’s annual shareholder Q&A, which is now fully translated online for your perusal—if you want to read a bunch of business people trying to avoid directly discussing video games and lament the pain of shareholding fans who’d rather skip all the business talk and get to the good stuff. Mobile games came up several times, but this question in particular got an interesting answer (and bonus points for knowledge that touch screens are garbage control mechanisms):

“I think many people would like to play Nintendo’s action games as smart device applications. But smart devices use touch panels, which may not be suited to action games. Does Nintendo have any plans to launch a physical controller and invest in new titles of quality action games?”

Nintendo’s Director and General Manager of Entertainment Planning and Development Division, Shinya Takahashi, who Shigeru Miyamoto said is leading mobile development, answered, “Physical controllers for smart device applications are available in the market and it is possible that we may also develop something new by ourselves. On the other hand, I believe Nintendo’s way of thinking is to look at whether action games are really not impossible (without a physical controller for smart device applications) to create and how we can make it happen to create such a game. I think we will make applications, and not just action games, in consideration of what best embodies ‘Nintendo-like’ applications, including applications for everyone from children to seniors.”

Nintendo’s no stranger to gimmicky controllers, and it’d be really great to see them finally, officially turn smartphones into gameboys with official hardware. Still, it doesn’t really sound like Takahashi is sold on the idea, instead considering it one possible option. Touch screens themselves are also a bit of an unorthodox input system that Nintendo has a bit of experience with—both good and bad—so maybe they’ll surprise us all with a more traditional game that plays well without a controller. Whatever the case, it sounds like we can expect more Miitomo-like apps, as well; I just hope they don’t favor those over making a serious effort at actual games on phones.

Later on, Nintendo President Tatsumi Kimishima and Miyamoto also commented on the company’s rumored plans to make movies, saying there’s nothing firm in the works at this time, at least as far as movies specifically. Miyamoto said, “That one company has all the rights to so many characters is something that is recognized as unprecedented. To avoid any misunderstandings, we have never said that we will produce a movie. We have talked about our expansion into video and other areas, but we are not saying anything official about the details.”

Kimishima’s remarks also danced around the idea of movies specifically: “It’s less a venture into the movie business, and more a question of how we can utilize the Nintendo IP in video content as part of the broader effort to put our IP to practical use. If anyone wants to partner with us, we’ll hold discussions.” Miyamoto mentioned the promotional shorts he worked on for Pikmin and Star Fox Zero, but it sounds like they’re looking for opportunities a bit bigger than marketing materials in the future, even if full movies aren’t the goal just yet.

There was also talk of the NX, of course, but nothing too specific on that front outside of discussing the realities of manufacturing costs. We’ll have to wait a bit longer for something more interesting on that front, but it has to be coming soon if the console really will launch next spring.