Nintendo Claims Wii U Fans Won’t Be Abandoned Going Into the Holidays; Public Is Shocked

Today in "Things You Have to Say Three Weeks From Christmas." 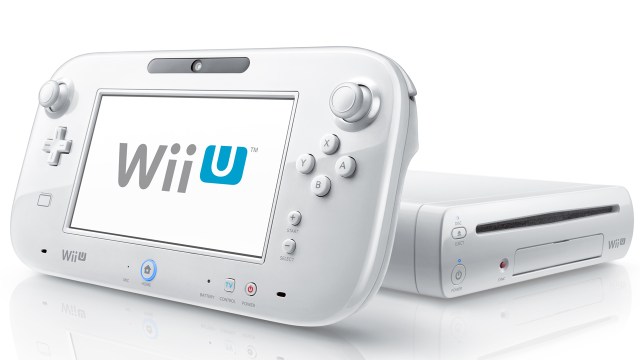 If this is going to be the Wii U’s final holiday season (and it might be), that’s not what Nintendo wants consumers thinking about. The company will supposedly not let the Wii U audience be neglected in the near future, so just like … go out and buy one, OK? It won’t be obsolete in under a year or anything. Swearsies.

With the company’s entire fanbase building excitement for their next console, currently codenamed NX, it’s hard to blame them for the blatant holiday PR move. Just after admitting that the Wii U is looking at about a tenth of the total sales of its predecessor (around 10 million), new Nintendo president Tatsumi Kimishima told Time,

What I want to do, I think our first job right now is to make sure that the customers, those 10 million customers who have a Wii U at home, have software to play, and we need to make sure that they are satisfied with their purchase and continue to enjoy playing on this platform. So we can’t just abandon them and say, ‘Hey, it’s time to move on to the next thing.’ Of course we are working on NX and looking at the experiences we can bring to that platform. But first our job at this point is to support the consumers who have purchased Wii U and make sure that they have software experiences available to them.

It’s true that the Big N does have some upcoming software for the console with Star Fox Zero in March 2016, more Smash Bros. updates, Zelda still coming down the line at some point—or so we’re told—and today’s announcement of Minecraft for the Wii U. Still, with the Wii U’s sales performance and the NX’s debut (in whatever form that takes) at E3 2016, it’s not likely that Wii U owners are going to see a whole lot of software support aside from what’s already known to be coming; it just wouldn’t be prudent to admit that with 2015’s holidays likely providing one last chance to move some Wii U consoles off of store shelves. It’s no coincidence that Nintendo hasn’t officially let any details about the new machine slip just yet.

They can’t avoid talking about it altogether, though. In the same interview, Kimishima did acknowledge the new console, and what he said should be exciting to those disappointed by the Wii U:

If you look back to the beginning of our conversation today, we talked about the transition from Wii hardware to the Wii U hardware and how difficult it is to explain to the consumer base what is different and new about the new hardware. It’s difficult to convince them to switch from their current platform to the next platform.

That being said, I can assure you we’re not building the next version of Wii or Wii U. It’s something unique and different. It’s something where we have to move away from those platforms in order to make it something that will appeal to our consumer base.

So while there’s no indication of what the NX is (outside of the seeming likelihood that it’s a console/portable hybrid), here’s what it isn’t: similar to the Wii and Wii U. Both are fine consoles with good games, but it’s exciting that Nintendo has learned the lesson that the days of the Wii’s success are over, and we can anticipate something new and exciting for the future.