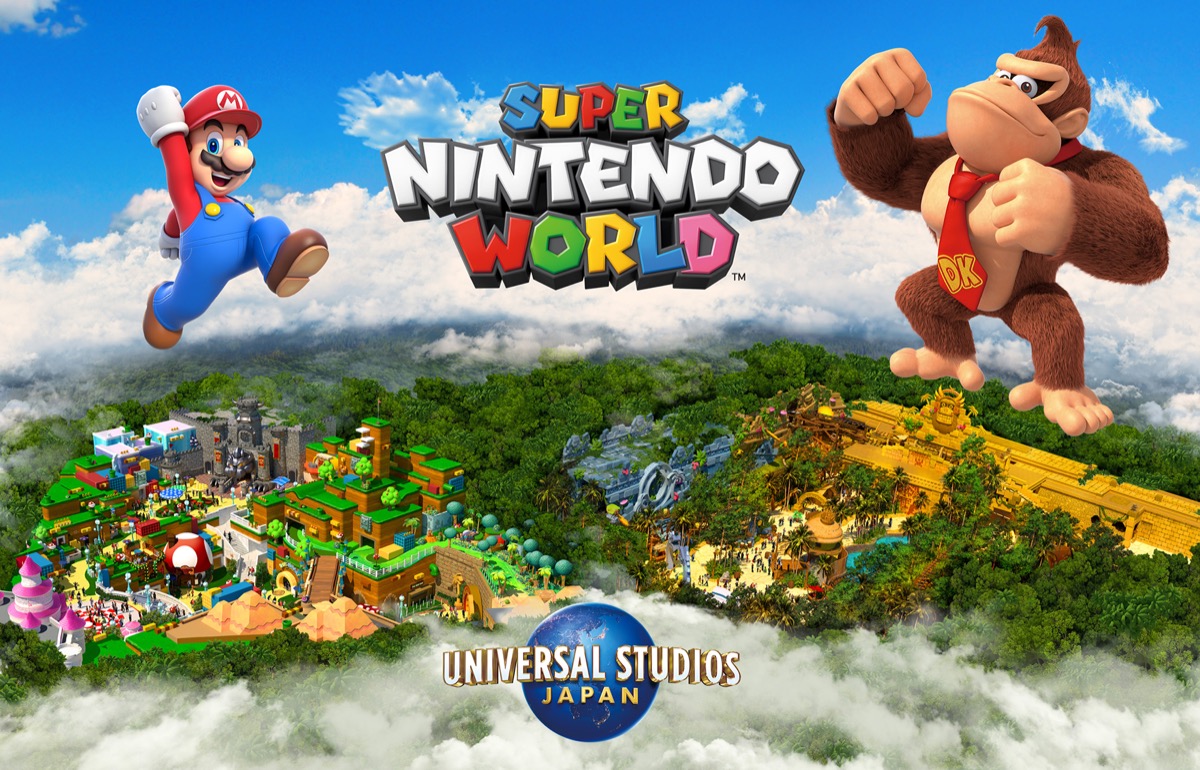 No matter how many gamers want to feel like Mario is too kid-oriented for them, the childlike joy his games harness is exactly what makes them worth playing—and such an obvious choice for an entire theme-park, especially considering he’s one of the world’s most recognizable fictional characters in any medium. Now, the Super Nintendo World that made gamers’ dreams come true at Universal Studios Japan is growing, with a planned Donkey Kong Expansion.

This was kind of inevitable, given the park’s name—only a matter of time before more of Nintendo’s characters joined the Mario crew. Donkey Kong is also a pretty obvious choice for the first park expansion, given his shared history with Mario and status as one of Nintendo’s longest-running franchises, which Nintendo of course touted in the press release:

Nintendo’s Donkey Kong franchise started with an arcade game in 1981 and quickly captured the hearts of fans around the world. Since then, the Donkey Kong game series has continually delivered more games on Nintendo video game systems, such as the Super Nintendo Entertainment System, Wii, and Nintendo Switch. The series has sold over 65 million units (as of March 2021) worldwide to generations of fans.

The Donkey Kong portion of the park opens in 2024, but most of us are still just wondering when we’ll even get the first portion of the park in our neck of the jungle. Other locations are still planned around the world, with the U.S. edition planned for part of Universal’s new “Epic Universe” park in Orlando, Florida, which is, itself, slated to open in 2025 after COVID-19 pandemic delays.

With that in mind, most of us have a while to wait for any Donkey Kong additions, let alone any other Nintendo franchises (Zelda, anyone?), but maybe we can cross our fingers and hope that future parks will just build it in from the start so we’re not left hanging too long.

We’re not the only ones who are excited, either. Donkey Kong (and Mario) creator Shigeru Miyamoto is excited for park-goers to walk among his creations come to life:

I am very happy to be able to make the world of Donkey Kong a reality following the world of Mario. I am looking forward to creating a thrilling Donkey Kong experience with the amazing team at Universal. It will take some time until it is completed, but it will be a unique area for not only people who are familiar with Donkey Kong games, but for all guests.