Another Rosalind Franklin Movies in the Works | The Mary Sue

Give Me All the Patriarchy-Smashing Rosalind Franklin Movies, Please 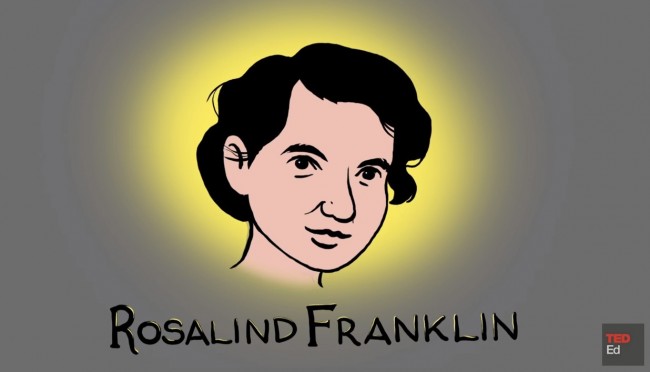 We have a lot of love for scientist Rosalind Franklin at The Mary Sue, and we’ve frequently lamented the lack of mainstream attention towards this brilliant woman. Franklin was the scientist from whom Watson and Crick obtained (read: stole) Photo 51, the X-ray diffraction image that led to the discovery of the double helix structure. You can watch a short animated lesson about her scientific achievements and the sexism she faced here.

Deadline reports that director Niki Caro (Whale Rider, the new Anne of Green Gables) is set to direct a Franklin biopic titled Exposure. The script is by Hayley Schore and Roshan Sethi, and will focus on her role in the discovery credited to Watson and Crick.

Another Rosalind Franklin film, Photograph 51, was in talks earlier this year. This movie was going to be an adaptation of Anna Ziegler’s play with Nicole Kidman and director Michael Grandage, both of whom worked on the play in the West End. There haven’t been many updates on this film, but if we can have another Snow White movie we can have two Rosalind Franklin biopics. Or ten. Or as many as it takes until she finally gets the credit she deserves.

(via Deadline, Image via Ted-Ed)