Interview: Supergirl’s Nicole Maines Tells Us What It’s Like to Be TV’s First Trans Superhero 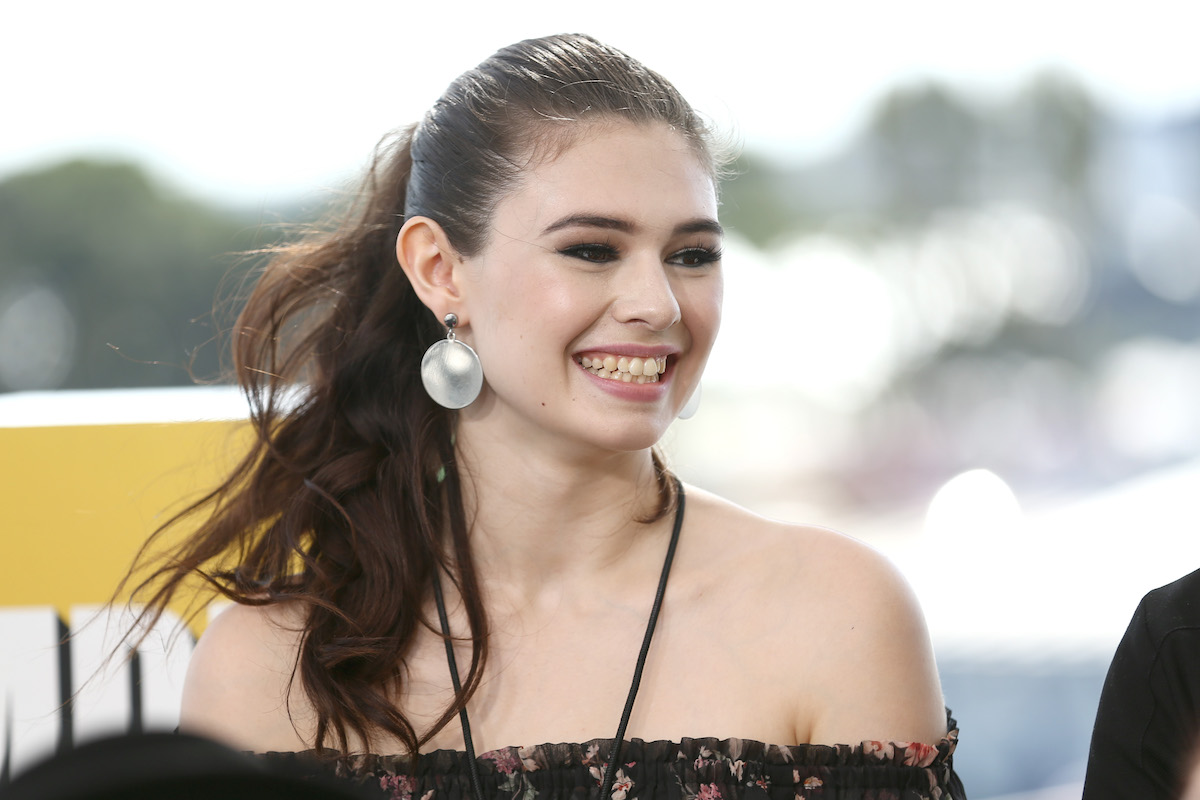 It’s not often that someone can be described as “a real-life hero” before being cast as a television superhero, but Nicole Maines has never been one to let the odds get in her way. From fighting for trans rights in middle school to being cast as TV’s first-ever trans superhero, Dreamer, in this fall’s new season of Supergirl, Maines is a trailblazer and, yes, a hero at the young age of twenty.

She’s also articulate, vivacious, and sometimes just as nerdy as the rest of us, as I learned when Maines took some time to talk with The Mary Sue about her activism, her journey, and what this role means.

Maines has identified as female since very early in her life. Growing up in Maine, she lived as female from a young age into middle school, which she said is “where my advocacy for the trans community really started.” As we know, the mere presence of someone different can be enough to rile up hate, and hate against trans people seems to always revolve around bathrooms. “My parents and I and my brother were struggling with our school system after they pulled me from the girl’s bathroom, when they faced some adversity from a special Christian right group.”

Nicole was banned from the girls’ room, and “the school refused to work with us. They had stuck me with a bodyguard to make sure I was going to the staff bathroom, not using the girls’ bathroom. If we would go on field trips, the school would call ahead and be like, ‘Hey, we have this student, don’t let her use the girls’ bathroom.’ So it was just a situation where we couldn’t stay.” After leaving the school, Nicole and her family sued the district for discrimination and won a landmark case.

But that case took years to make it through the courts, and in the meantime, Nicole and her family “went into hiding,” allowing her to live normally, but “while we were in hiding, while I was in 8th grade,” Nicole went on, “Maine introduced a bathroom bill … Everybody would have been required to use the bathroom of their biological sex. And of course, at that time, I was still in hiding—so I was presenting as a girl; I was using the girls’ bathroom—but had this law passed, I would have been outed.”

Instead of waiting in fear, Nicole and her family worked with other organizations to fight the law. “We lobbied at the state house, and after two days, we managed to defeat that bill; we managed to convince enough people to vote against it, including the co-sponsor of the bill.”

Nicole found through that experience how important it was to share her voice and story. “I think so many people voted against [the bill] when they previously supported it because so many people have this idea of what transgender folks are. They have this certain image in their head that has been perpetuated by media since the late ’90s early 2000s, as, you know, cisgender men in dresses going into the girls’ bathroom. And that’s what they think of when they think of trans, they don’t think of an eighth-grade girl who’s just trying to go to school and isn’t looking for all of the drama and all of the trouble that would be caused by her having to be outed.” From there, “that’s when I really realized like, ‘Oh, my voice means something.’ Folks aren’t used to seeing a trans person like me, even though there’s plenty of us.”

Acting wasn’t Nicole’s first focus after high school, feeling like she didn’t have the connections or opportunity where she was. “I’m nobody from Maine,” Nicole thought. “No one’s going to come to my high school play and discover me.” Instead, Nicole and her father began speaking publicly about their family’s journey. Her parents and a co-author published a book about their experience, “Becoming Nicole,” and in the midst of this, Nicole fell into her first onscreen acting opportunity on Royal Pains, playing a trans teen dealing with health issues related to her hormone therapy.

“A friend of ours knew someone in casting at Royal Pains, and they were having a hard time finding a trans actor to play this role.” The friend recommended Nicole to send in a self-taped audition. “Next thing I knew, I was in New York shooting an episode of Royal Pains. And that was an incredible experience, and I had so much fun with that and it was amazing, and the episode won a GLAAD award.” Then, Nicole added with a laugh, “I didn’t really act again for three years.”

The attention from Hollywood wasn’t gone, however. There was interest in turning the Maines family story into a series, which led to connections with agents and a role in the film Bit. Nicole was working on that film while auditioning for Supergirl, which announced a worldwide search for a trans actress to play the character of Nia Nal. When Nicole’s agents called with news that Nicole had landed the part, she had been filming into the early hours the night before, and was half-sleep. “So they had to tell me three times, and then I went back to sleep. It was bizarre. I still don’t full believe it.” 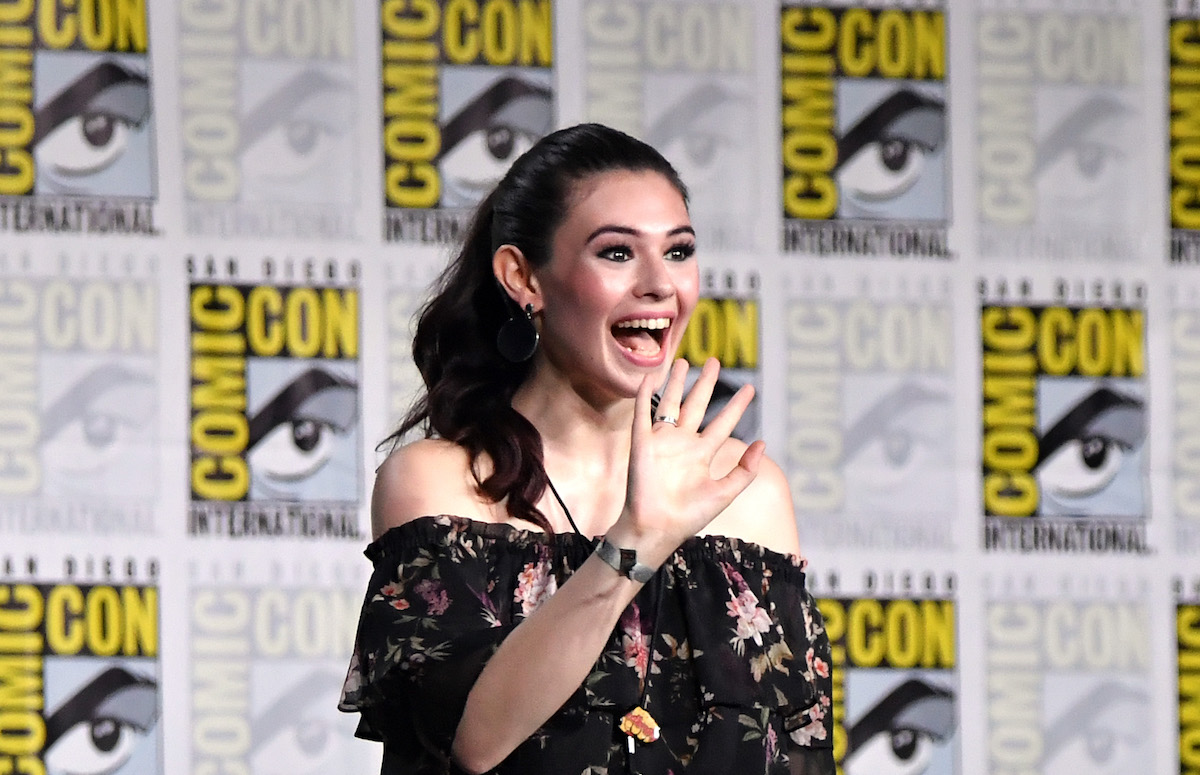 She got her first real taste of what the role meant, and what was in store, when she was introduced to the world as Nia at Supergirl’s San Diego Comic Con panel. “That was nuts,” Nicole reminisced about the panel. “I have no words to describe how crazy getting to walk out was,” but the highlight for Nicole (and I will second this as someone who was in that audience) was “to see all those people cheering for a trans superhero. Really, it humbled me,” she said, to think “how far have we come to have people just roar in applause not just for a trans superhero but a trans character on television.” Nicole noted correctly that it’s not long ago that an audience would have reacted with silence and confusion, at the least, at the intro of a trans character, but if any show is the right place to give us a trans hero, it’s Supergirl.

The set has also been the scene for a little bit of geeking out for Nicole. “First day I walked into CatCo … I completely lost it,” Maines laughed. “I was literally standing in CatCo Worldwide Media, trying to keep my composure and fully failing at it.” It wasn’t the last time: “A couple of weeks ago, I was sitting in the green room, and Melissa came in and sat next to me, as Supergirl, and I had to use every ounce of my strength to not touch the cape. I was like ‘Nicole, be professional, do not touch Supergirl’s cape.’”

She probably would have said yes, if asked. “Everyone on the cast has been insanely friendly and welcoming, and caring and supportive,” Maines said, “and the writers’ room has been so proactive in working with me …because they want to do this right just as much as I do—because we all understand how important this character is—and so, we’ve all been working really hard to just do Nia justice.” Everyone knew how important this character would be before one frame was even shot, from the producers to Nicole herself.

“First and foremost, had I had a trans superhero growing up, that would have changed the game,” Nicole explained, “and so now, getting to be the trans superhero for a generation of kids is so special to me … I just hope that everyone watching this show is going to get to love Nia as much as I do, because she is so cool. She’s sweet; she’s caring. She’s got this fierce drive to her and this intensity, and she’s so amazing, and I just really hope that I’m doing her justice.”

Nia will be a reporter at CatCo whom Kara takes under her wing as a reporter, but she’s also a super who can dream the future. Nicole went on, “It’s such a complete honor to be the person who is sharing the first trans superhero with trans kids.”

Nicole is also cognizant of where she and Nia fit in the broader landscape. “We’re, right now, living in a time when so many studios are interested in portraying trans characters and having them be played by trans actors, and so with each new role, I think that the weight is taken off of those characters’ shoulders to represent an entire community.”

With Nicole Maines in Nia’s super shoes, we definitely have one exciting new hero to add to the list.

Season Four of Supergirl premieres on the CW on Sunday, October 14 at 8:00 PM.