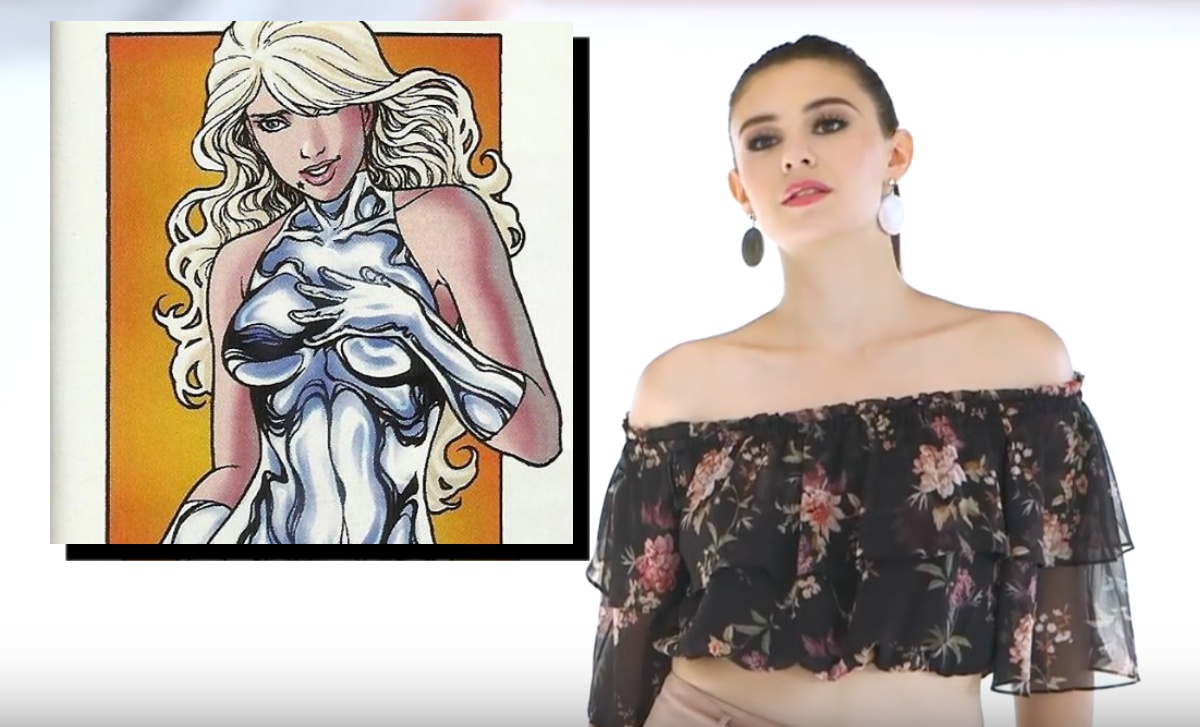 In July, it was announced that Nicole Maines would appear as a series regular in Supergirl‘s fourth season as Nura Nal (Dreamer/Dream Girl), the first transgender superhero on television.

It was a historic moment for television, following in the footsteps of activists like Laverne Cox and Janet Mock, and shows like Pose and Shameless that have hired trans actors to play trans roles on television. Still, being a positive change when it comes to trans representation is old hat to Maines.

In 2013, Maines was the Susan Doe in the transgender-rights court case Doe v. Regional School Unit 26. In elementary school, after she used the girls’ bathroom, a grandfather of one of her classmates complained. As a result, Maines she was barred from using the girls’ bathroom and forced to use the staff’s. Maines and her family sued the school district, claiming this was prejudicial. In June 2014, the Maine Supreme Judicial Court ruled that the school district violated the Human Rights Act, and forbade the district from denying transgender students access to bathrooms consistent with their gender identity. Maines and her family were awarded $75,000.

The character Maines is playing, Nura Nal, first appeared in Adventure Comics # 317 in 1964. She’s a member of the Legion of Super-Heroes, a 30th/31st-century superhero team that she show introduced in its third season, with the return on Mon-El (gross) and the introduction of Saturn Girl and Brainiac 5, who will be staying on as a series regulars.

Nura is from the planet of Naltor, where almost everyone has precognitive abilities. Throughout her original run, her scientific prowess was among the highest of the Legionnaires, and she learned to be as good at hand-to-hand combat as DC’s Karate Kid. In the 2005 reboot, her codename was changed to Dream Girl.

In the comics, the character is not trans, but it seems like the producers really were working to add a trans character to Supergirl and do it right. According to Variety, the producers worked with DC Comics, representatives from GLAAD, and other consultants from the trans community in order to craft this new version of Dream Girl. “We want to tell on our show the whole spectrum of humanity, and that everyone can be a hero,” Queller told them. “This is a perfect time and a beautiful opportunity to represent this population.”

In an interview with Variety, Maines talks about this major historical moment, not only for herself as an actress, but also what it means for the industry moving forward. Maines says that she still hasn’t really grasped what has happened: “I haven’t really wrapped my head around being a superhero, first of all, and being the first trans superhero on television. It feels fitting to say with great power comes great responsibility. I’m very hopeful. I’m very excited. And at the same time I’m nervous because I want to do it right.”

She also fields a question about Scarlett Johansson’s casting in Rub and Tug and broke it down in a way that I hope other cisgender people will understand: “I think that cisgender actors don’t take roles out of malice; I think it’s just a failure to realize the context beyond having cisgender people play transgender characters. … Having trans people play trans roles shows that we are valid in our identities and we deserve to exist as we do. When we have cisgender actors play trans characters, it furthers the stereotype that we are playing dress up, which is not true.”

When asked about what she wanted fans to take from her in this role she said the most important thing was having people understand that trans people can be anybody: “More importantly, I think as a trans character whose storyline is not necessarily revolving around her being trans, I really want viewers to take away that trans characters don’t have to be the trans character. They can be so much more.”

Watch the whole interview for more: