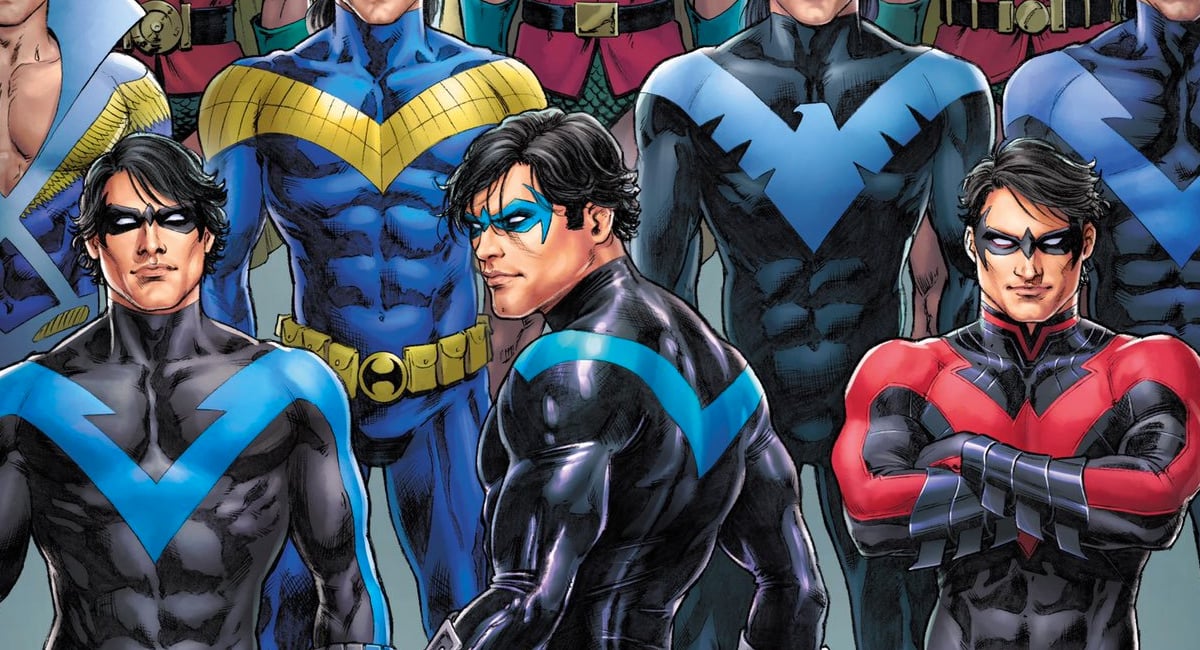 The title says it all. In her latest art depicting DC characters like Superman, Batman, and Wonder Woman throughout the years, comics artist Nicola Scott drew the evolution of Nightwing, a.k.a. Dick Grayson, ending with art of him in a pose usually reserved for male artists drawing female characters, and we’re totally obsessed with it. It’s about damn time that men had to push their tush out alongside their female counterparts.

I’ve got a butt load of conventions over the next six weeks so here’s my new load-of-butt con print!

And our sale at https://t.co/lkOxIJZPUq continues! Make sure you swing by the site to pick up an original art piece to treasure! pic.twitter.com/ST8gINdY2g

Scott has done some of my favorite Wonder Woman art, but I’m ridiculously over the moon (pun intended) about her Grayson art, because I love that a male character is in the pose we’ve seen 90% of female superheroes take to show off their behinds. Does anyone remember the Black Widow posters for The Avengers where Natasha is ass out as her male counterparts strike power poses? Because I sure do.

Finally? Nightwing did it first. 🍑 https://t.co/oHhD7ZMeQo

This is not a new image though. When Gail Simone was writing a Nightwing/Oracle title, she was asked if Nightwing’s famous ass would be included, since she has a history of including some beefcake in her comics, and her response was:

“I am writing it, of course there’s Nightwing ass! That’s a funny but true thing, I got a lot of crap in the early days for having beefcake in my books, people thinking it was me trying to put just what I like in comics. But it wasn’t that at all, it was just trying to open that door a little, to have sexy characters that might appeal to more people. It’s not enough to make comics women with similar tastes to mine might like, I want there to be characters for everyone. That’s my dream.

And it’s worth noting that some of the people doing that best are guys. It’s going to take all of us to pull the ship into this century.”

This is yet another reason why we love Simone, and also why I’m glad that Scott is keeping on with the grand tradition of Nightwing striking a pose.

I did this over ten years ago. It started the meme that’s never let up. pic.twitter.com/cezdReeYQe