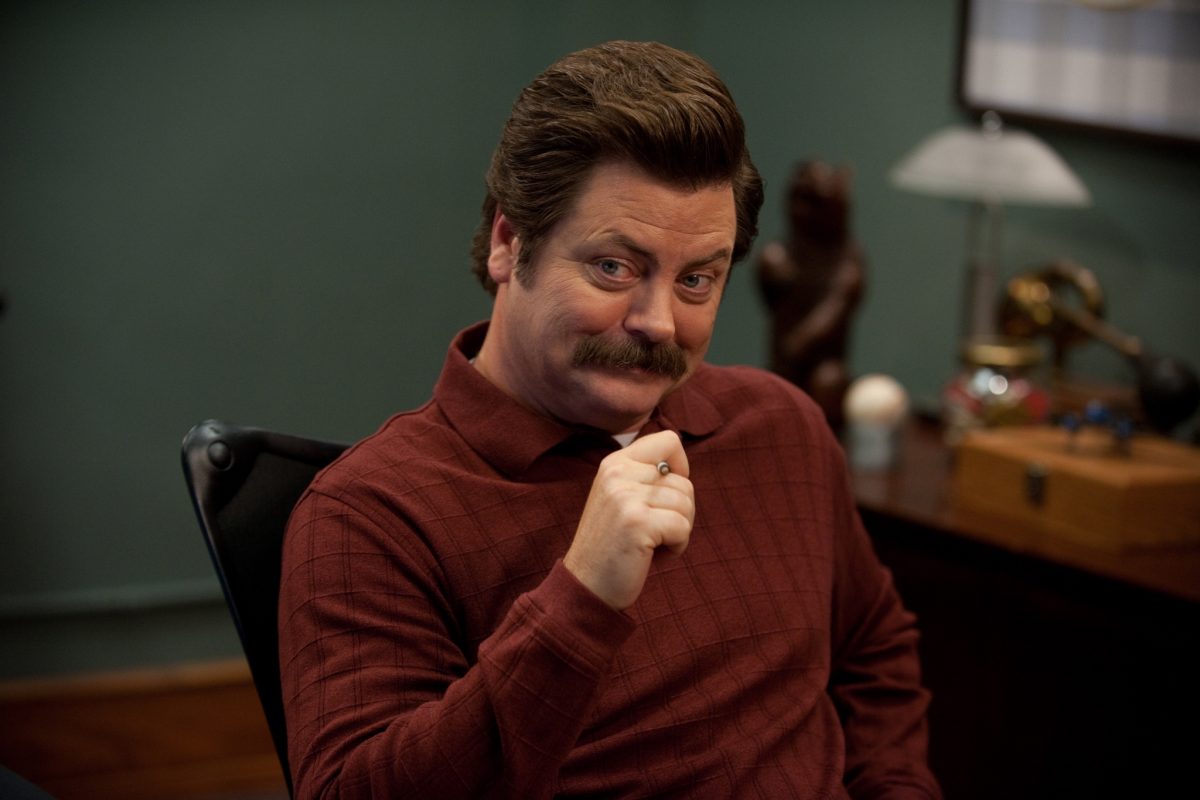 We’ve been excited for Amazon and BBC2’s Good Omens adaptation for what feels like forever. The cast of the limited series was already spectacular, with Jon Hamm starring as the archangel Gabriel and David Tennant and Michael Sheen as demon Crowley and angel Aziraphale, respectively.

They are amazing. This is them in the opening scenes, 11 years ago, in St James’s Park. David and Michael, demon & angel. #GoodOmens pic.twitter.com/ceK4XYY881

Now Neil Gaiman has announced via Twitter another addition to the cast. Parks and Recreation’s Nick Offerman will be playing the father to the not-antichrist.

Seen here testing local drums for a 2 year old for volume+suitability (none of them were loud enough): our Secret Guest Star. Ladies, Gentlemen & All Others, as the father (sort of) of Warlock Dowling, the (Not-) Antichrist,I present the temporarily beardless Mr @Nick_Offerman. pic.twitter.com/SLen4qKs7b

We’re giant fans of Offerman, so this news is super exciting.

Offerman’s character in Gaiman and Terry Pratchett’s novel is an American diplomat stationed in England, who believes he is raising the Antichrist, destined to bring about the apocalypse. However, due to a mix-up at the hospital, his child, Warlock, is simply a normal, not-evil child.

We’re only disappointed that we still have so long to wait so long to see this show, as it’s still slated for a 2019 release.

What say you all? Is this casting perfect or … wait, what’s better than perfect?