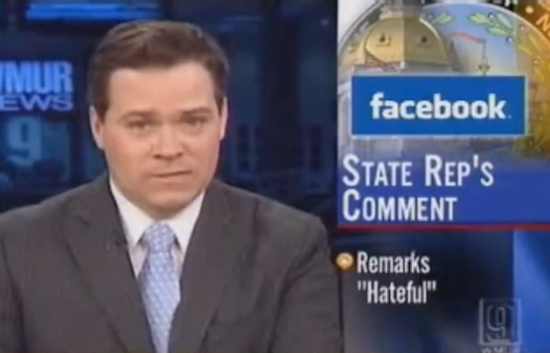 Nick Levasseur, a Democratic State Representative from New Hampshire, managed to simultaneously offend anime fans, people of Japanese descent, and general decency with the following joke: “Anime is a prime example of why two nukes wasn’t enough,” which he posted on Facebook.Levasseur confirmed that he had made joke when he responded to Otaku Review’s queries:

I would like to deeply apologize for the insensitivity of this post. It was a poorly thought out comment, posted jest on my private facebook page. It was never intended to be viewed by anyone other than friends. This, of course, does not excuse the comment. This type of statement has no place in public or private discourse. It does not represent any true opinion, political or personal. My record in the New Hampshire House shows a commitment to equality and social justice. It is a record of which I am most proud. This comment is a disappointment not only to the people of New Hampshire, whom it has been my privilege to serve, but also to my own beliefs and moral code.

On the one hand: give Levasseur a little credit for owning up to his words and for apologizing. On the other: he said something pretty awful, and the “this was just for my friends” argument doesn’t cut it for public figures; especially in the modern era of social media, those boundaries are blurrier and blurrier. If Levasseur is sincere in his apology, he still has a long way to go in mending his relationship with his Asian-American constituents.