How Nick Fury Got His Eyepatch 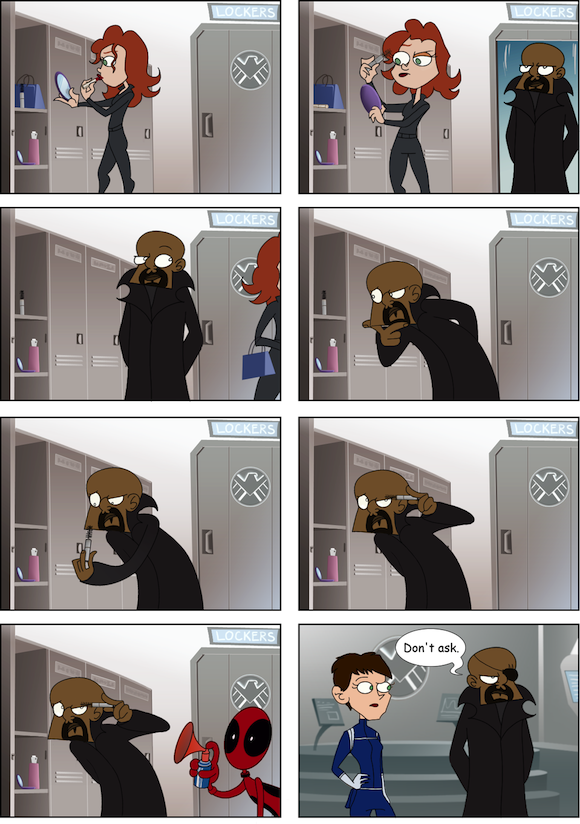 As someone who has only recently developed the skills for an occasional application of eyeliner and shadow, the mysteries of the mascara wand seem dark and foreboding. Maybe it’s just the flashbacks to being nigh-on attacked with one when some well meaning friends found out I was makeupless an hour before prom, but I can really relate to markmak’s Fury here.