After 80 Years in Print, Newsweek Will Shift to All-Digital Format Starting Next Year 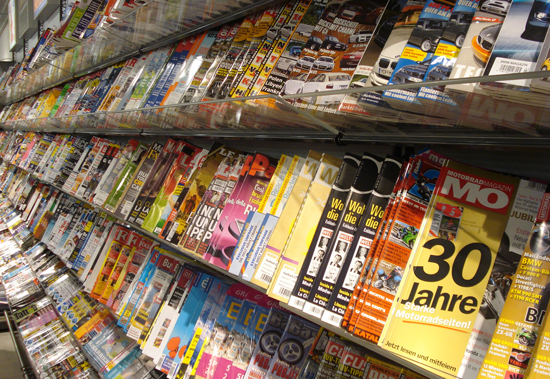 Print magazines are dying off in the droves. Slowly but surely, most of those magazines that were once circulated in physical format are either ceasing to exist or shifting to something else entirely in order to accommodate the digital age we live in. This is especially true for anything even resembling news, as the Internet has allowed for instant gratification in that regard. After 80 years in print, Newsweek has announced that they’ll be shifting to an all-digital format by next year.

The news comes courtesy of an announcement made by CEO Baba Shetty and Editor-in-Chief Tina Brown on Newsweek’s sister site The Daily Beast. The new all-digital version will be called Newsweek Global and, just like it sounds, will focus its journalistic abilities on worldwide news. Like many other digital offerings, Newsweek will be available via a paid subscription, but they’ll still have bits and pieces appear on The Daily Beast from time to time.

Shetty and Brown are quick to note that Newsweek isn’t going away; it’s just transitioning. Their typical endeavors in journalism will remain mostly unchanged. It’s not that the magazine’s outlook is shifting so much as it is that magazine’s economic model and distribution are changing. The reality is that print journalism is not all that financially feasible for the majority of magazines.

This does, unfortunately, mean that there will be staff reductions and layoffs. Basically, folks are going to lose their jobs over this, but the magazine will go on.

(The Daily Beast via The Verge, image via Ian Kennedy)