I have read your passport, and I disapprove. 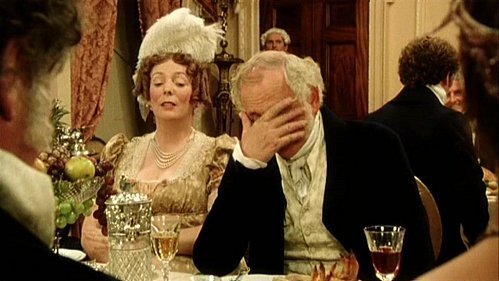 Whew, I am very glad I do not work in the UK Passport Office today.

Although Mark Thomson, director general of the Passport Office, says the new design “is pretty damn good,” the UK is facing a backlash from activists and politicians for the passport’s erasure of countless amazing women.

so tired of this shizzle -home office could only find 2 UK women 2 celebrate in 500 years of history #tellHERstory https://t.co/v9qynAVyJp

In the passport’s 16 pages, only two female innovators are honored–Ada Lovelace and Elisabeth Scott, architect of the Royal Shakespeare Theatre. By contrast, here’s the many men celebrated in the passport (via The Guardian):

Watermarks of William Shakespeare adorn each page, and the works of artists Antony Gormley and Anish Kapoor are highlighted, as is the Stephenson rocket, designed by George and Robert Stephenson.

Although it’s great that Lovelace and Scott are being recognized for their achievements, it is telling that iconic UK women like Jane Austen didn’t also make the cut. When asked why, for example, Austen or the Brontë sisters didn’t merit mention on the passport, Thomson explained:

It [representing only two women] wasn’t something where we set out to only have two women. In trying to celebrate UK creativity over the last 500 years we tried to get a range of locations, a range of things around the country, and to celebrate our triumphs and icons over the years. So there we are.

[…] Whenever you do these things, there is always someone who wants their favourite rock band or their local icon or something else in the book. In fact, we have got 16 [visa] pages, and very finite space. We like to feel we have got a good representation. We have celebrated some real icons of the UK, like Shakespeare, like Constable, and of course, Elisabeth Scott herself. So we feel we have got a good representative sample.

So great female creators like Austen or the Brontës are just “local icons,” and Constable is a “real icon of the UK?” Sure.

It’s obviously impossible to ever choose a sample group of people that would allow all UK citizens to feel fully represented; I just wish that, when faced with criticism, Thomson could have admitted that the design was lacking instead of further diminishing the achievements of women like Austen.

The creativity passport design will be used for the next five years; to learn more about the women that UK citizens feel could have been represented, check out the #TellHERStory hashtag.