It's really weird looking, too. Oh, no, wait. That's just what tapirs look like. 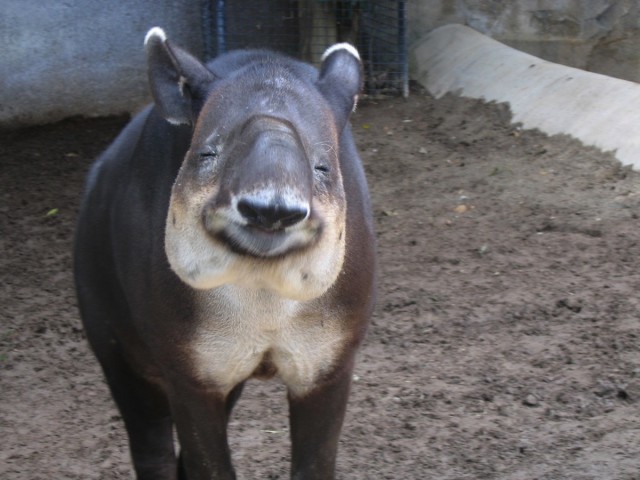 Tapirs are some of the oldest mammals in existence. They appeared about fifty million years ago, and they haven’t changed much since then, so it must have been pretty surprising when scientists discovered a previously unknown tapir species in the Amazon. Surprising to the scientists, anyway—locals had know of it for years.

In fact, Theodore Roosevelt had hunted one of the new Kobomani tapirs in 1912, and it had been sitting right under our noses in the American Museum of Natural History in New York. Way to go, science. He couldn’t have made it any easier for you.

The Kobomani tapir is relatively small for a tapir, but considering most tapirs are around seven feet long and weigh up to seven hundred pounds, “small for a tapir” isn’t saying much. In fact, it’s the largest land mammal to be discovered since the saola was discovered back in 1992.

Of course, discovered is a relative term. The Kobomani tapir has been known to (and hunted by) Kobomani locals for probably as long as they’ve been living there. Luckily, Biologist Mario Cozzuol decided to listen to the Brazilian and Columbian locals about its existence about ten years ago, and after researching bone and DNA samples, he and his team were finally able to find the animal and classify it. 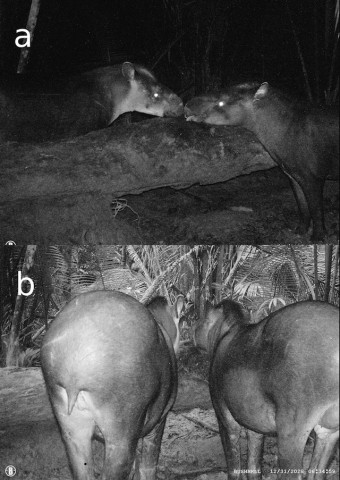 Just in case you needed to be able to identify them by their butts.

You can read their findings and see some more pictures of weird-but-endearing looking tapirs.

(via Mongabay, images via dfb and Cozzuol et al.)