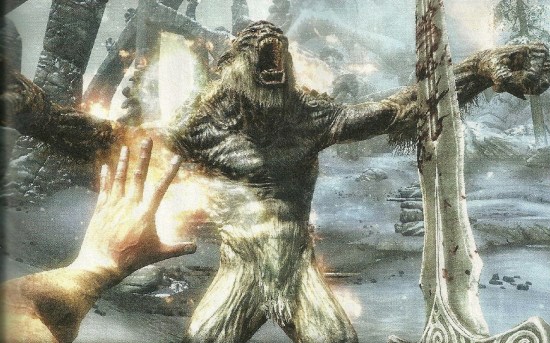 The above screenshot was lovingly scanned form an issue of Game Informer that reveals many new details regarding the next installment of the Elder Scrolls series, Skyrim, which includes a classless leveling system, ten character races from which to choose, and defending against dragon attacks on the major cities.

Thanks to NeoGAF poster DennisK4 for transcribing all of the information from the Game Informer article.

Skyrim sure is sounding like it’s shaping up to be one heck of a game where you receive the very first quest five minutes into the game, then two hundred hours later you still haven’t completed it. Am I right?