A New Sailor Moon Movie Is Coming, so Here’s Your Guide to the Other Three

For the first time since 1995, there will be a new Sailor Moon movie in theaters. Sailor Moon Eternal: The Movie, which is due out in 2020, will be the fourth Sailor Moon film and the first to be based around the art style established during Sailor Moon Crystal, which has been airing since 2014.

According to Kotaku, Naoko Takeuchi, Sailor Moon creator and high priestess of all things magical-girl-feels, is overseeing the upcoming movie, while Kazuko Tadano, who was the character designer for the anime’s first two seasons, the Sailor Moon R movie, and one of my favorite series, Petite Princess Yucie, is returning as character designer for Sailor Moon Eternal: The Movie. The art style looks really similar to Crystal, but there are some subtle changes to the eyes and faces that are more similar to the ’90s version.

The trailer is simple and just shows off the different art style, but as a Sailor Moon stan, I’m happy for any Moonie content I can get. I still get teary when I think about the Live Musical that was in NYC earlier this year.

I realize some of you might not be aware of the glory that is the Sailor Moon Extended Movie Universe, but don’t worry; here’s all you need to know about why one of them is a cinematic masterpiece, one of them is beautiful, and one of them is … fine.

In which we discover that Mamoru is queer, and a power ballad saves the day.

R focuses on Mamoru, a.k.a. Tuxedo Mask, and his childhood orphan-ness. While he was in the hospital after the car accident that killed his parents (Jean Grey?) he met a young alien boy named Fiore. Mamoru gave him a flower, and Fiore promised to return to Earth with flowers for Mamoru.

Jump to the present, and Fiore is back and not happy to see his boyfriend best friend has moved on with Usagi. So, he uses his plant monsters to kidnap his ex and imprisons Mamoru on an asteroid that’s heading to Earth. Fiore intends to destroy the planet and drain all the human life force, because breakup, and also he’s been mind controlled by an evil, half-naked corsage. 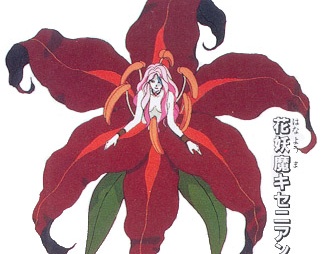 The Sailor Scouts arrive on the asteroid, but they all get overwhelmed and have their energy drained until it’s just our girl Usagi vs. Fiore and the Evil Corsage. The Corsage tries to absorb all of Sailor Moon’s energy, not knowing that she’s a magical girl protagonist and that her heart power trumps anything else. Also, the Legendary Silver Crystal is the GOAT.

The Corsage is overwhelmed by Usagi’s goodness, and Fiore is freed from his mind control as he dies. Then, Usagi goes into her version of a Super Saiyan (her Princess Serenity mode) and saves the world through the power of love, friendship, and high-quality jewelry.

R is my favorite of the movies, because it shows why Usagi is a leader and there are some great big friendship moments that give me feels. Also, power ballad.

In which we realize that Luna kind of wants to smash.

S is a weird one. It’s based on one of the short stories that Naoko Takeuchi did and also is one of the few things that acknowledge that Luna and Artemis have human forms. But on to the plot: Luna gets sick, and on her way home, she almost gets hit by a car, but is rescued and nursed to health by Kakeru, a young scientist obsessed with an extraterrestrial ice entity known Princess Snow Kaguya. Kaguya once tried to come to Earth to destroy it (as you do) but was defeated by a bright light. A fragment of Kaguya was found by Kakeru, and he dedicates his life to it.

Luna ends up having a crush on the scientist and feeling unappreciated by Artemis (her cat-boyfriend/baby-daddy). However, it’s an unrequited love because he already has a badass astronaut girlfriend named Himeko, and you know … Luna is a cat. And a cat with a child! What would Diana say about this?

Unfortunately for everyone, the life force of Kaguya becomes attached to Kakeru and starts draining his life, allowing evil-Elsa to return and harness the crystal’s power to create her ice age. Sailor Moon and the Scouts arrive and try to stop her, but Kaguya defeats them and stops Sailor Moon even when she uses the Holy Grail (that you) to amplify her power.

In the end, like always, the power of friendship helps when all the inner and outer scouts join together to help Sailor Moon fully use the power of the Legendary Silver Crystal. While she fights, Usagi thinks of all the living things on Earth and what she’s fighting to protect, and she becomes the light that vanquishes the darkness.

Luna and Artemis reconcile in the end.

In my humble opinion S isn’t as good as R, but it works because it actually has really poignant things to say about love, perseverance, and growing in the face of adversity. Plus, seeing Luna in love with a human is entertaining.

In which we get a lot of Chibi-Usa content that even I, a Chibi-Usa apologist, find tedious.

So before we begin, I have to clarify that just like Buffy the Vampire Slayer’s Dawn, Chibi-Usa is a character I really like, despite the fandom usually turning against her. I especially love her complex relationship with Usagi (her mother) and how her admiration of Neo-Queen Serenity doesn’t apply to the immature Usagi despite them being the same person.

SupersS is a candy Pied Piper story in which a group of aliens, until the control of Queen Badiane, kidnap children using magic flutes and promises of candy to take them into a world of dreams where they can be children forever. By putting them into this dream state, Queen Badiane can use their energy to make herself more powerful. Chibi-Usa, being a child gets hypnotized by their powers and becomes Queen Badiane’s own personal charging station because just like her mother, Chibi-Usa is filled with the love and energy of the universe.

Now, all of these movies have some sort of emotional centerpiece, and in this one, it’s about the Usagi/Mamo/Chibi-Usa anxiety that Usagi has. Usagi is often really, irrationally afraid that Mamoru loves Chibi-Usa more than her in the anime (one of my handful of complaints about the adaptation), and SupersS really plays into that. It starts off with Usagi making beautiful but disgusting cookies and Chibi-Usa making ugly, but delicious cookies, and the former being mad about it. Earlier in the film, she asks Mamoru who he loves more, Chibi-Usa or her.

Usagi … that is your child … with him!

This scene is revisited in the ending, when Usagi goes through a Black Hole with an unconscious Chibi-Usa in her arms and appears in Mamoru’s apartment. Mamoru lays the girl on the bed and holds Usagi, telling her not to worry and to just stay there with him. She asks him again who is more important, her or Chibiusa. He says Usagi.

Being a petty, but not irrational Cancer, Usagi realizes that this is a dream, takes Chibiusa, and breaks out of the dream. She and Chibi-Usa defeat the evil queen together like only a mother-daughter duo can.

I just think that this movie isn’t as fun at the others, but the Outer Scouts make very dramatic entrances, and honestly, whenever Pluto can use her “Death Scream” attack, I will be there and I will watch it. I don’t dislike SupersS, but if this was an FMK situation, this one would go. I just also hate the whole “Usagi is jealous of her own kid” thing.

I’m so excited about what could be covered in a new Sailor Moon movie, and if I had a wish, it would be for it to cover more of the Silver Millennium. I want princesses and I want gowns!

What are your favorite anime movies?