New Trailer For Ridley Scott’s Prometheus Has a Familiar “Face” 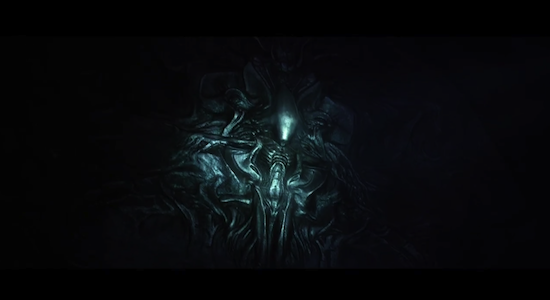 When it comes to the forthcoming Ridley Scott sci-fi flick Prometheus, the going line has been that it is not really a prequel to the Alien franchise. Sure, it will take place before the events of the original film in the same universe, and Scott is quoted as saying that the new film would contain “strands of Alien’s DNA, so to speak,” but it’s really not a prequel. The latest trailer, however, seems to suggest otherwise.

Not only are there space jockeys and that weird keening noise from the Alien (1979) trailer, there are eggs — or at least something that looks a lot like eggs. There’s also someone thrashing around in a tube in a manner not unlike someone whose breakfast has just been interrupted. And then there’s the image above, presumably seen inside the space jockey ship. It looks a bit like a human, which might fit with the ancient astronaut themes of the film, but the similarities to the legendary xenomorph are too close to ignore. Watch for it at 1:37.

If anything, the marketing for Prometheus has played up the ties to the original Alien film. It’s not difficult to see the reasoning: The franchise ended on a problematic (albeit hilarious) note, and let’s not even talk about the Aliens vs. Predator films. Fox studios really wants you to forget all that, and focus on the good times, which they want to assure us will be back in full force for this new film. Here’s hoping.