May Entertainment Weekly be ever in your favor. 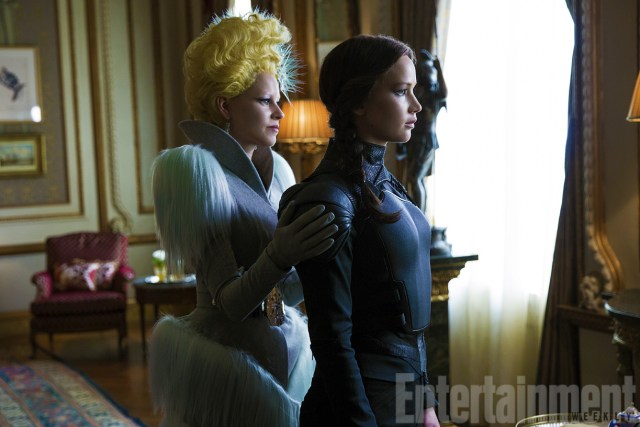 This week’s Entertainment Weekly is chock full of awesomeness. You’ve already seen this badass cover prominently featuring Wonder Woman, as well as a first glimpse of Doctor Who Season 9. Now, behold this new image from the upcoming The Hunger Games: Mockingjay Part 2, featuring Elizabeth Banks as Effie, and Jennifer Lawrence in the iconic role of Katniss Everdeen.

This is the part of the story that brings it all home, and not exactly in the most cut and dried, Happily Ever After sort of way, so Effie and Katniss are looking appropriately solemn. I really enjoyed the first part of Mockingjay, but it very much felt like the first part of a story. This is the film I was actually waiting for, so November 20th can’t get here fast enough!

Are you excited about the final installment of the Hunger Games franchise?