Marvel’s Got a New YA Novel About Loki Coming Out, and It’s Going to Be Queer as Hell 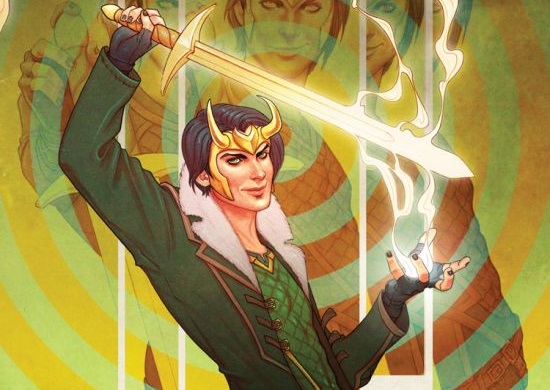 Young adult novelist Mackenzi Lee recently tweeted the announcement that she’s signed a three-book deal with Disney to write a “new series of historical fiction novels focusing on popular anti-heroes from the Marvel Universe.” While she can’t tell us who the other two anti-heroes will be yet, the series will kick off with a novel about Loki, due for publication in spring 2019.

And it’s going to be queer as hell.

Asked on Twitter whether the book and its protagonist would be queer, Lee tweeted the following:

Here is what I can say:
Loki is a canonically pansexual and gender fluid character.
So. https://t.co/frNftnhNHa

Per usual, some concern trolls immediately came for her mentions, and she quickly corrected ’em all.

Loki is established as a pansexual genderfluid character in the Marvel comics. I’m not changing anything, just sticking to the canon. But so what if I was? Queer people need superheroes too. https://t.co/ciCJoi1f3z

First, it’s about time the LGBT+ community was represented in superhero narratives.
Second, in the comics, Loki is reborn as a woman & uses female pronouns & often takes on female forms like the Scarlet Witch and Lady Sif. Odin calls him “my child who is both.”
So. https://t.co/1wBFxxSFmB

Lee’s previous works include The Gentleman’s Guide to Vice and Virtue, a historical novel set in the 18th century which follows the roguish bisexual Henry “Monty” Montague on a Grand Tour of Europe with his closest friend and crush, Percy. It became a New York Times bestseller, and Teen Vogue described it as “the queer teen historical you didn’t know was missing from your life,” so Lee sounds like the perfect choice for this anti-heroes series.

(Though who are the other two anti-heroes? What time periods are we talking? Tell me everything now!)

From YouTube to public school libraries, LGBTQIA content is often classed as “adult” or “inappropriate,” so I’m pleasantly surprised that Disney didn’t go full het-cis on this one. While the cinematic universe has a long way to go in terms of representation, somebody in the publishing arm is making great choices.

(via Bustle and Daily Dot, image via Marvel Comics)