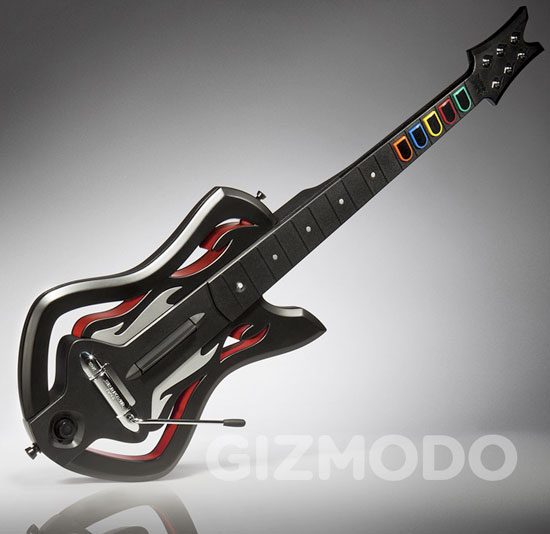 The Guitar Hero franchise has always excelled at making its players feel like rock gods. With its personas, in-game axes, song selection, and general fact that it allows you to play some of the greatest rock classics of all time, it had almost everything going for it. But there has been one fly in this rocktacular ointment for some time: The old controllers, for the most part, would not have been out of place being weilded by a group with “fun-time band” in its name: 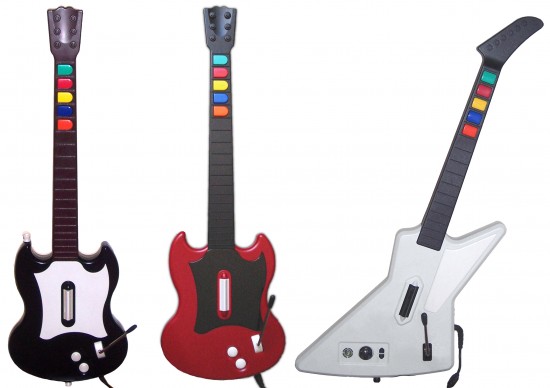 But no more of that. The new controllers seen way above and shortly below really scream “I am hardcore and you can too!”

From a practical standpoint, the new guitars are also a potential consumer breakthrough. The control components are all now enatly contained in the neck of the guitar, meaning Activision can and will sell swappable bases. Possibly, according to Dvice, this could also help out when the controller breaks:

There could be something even more exciting to come out of that, though — maybe instead of having to buy a whole new guitar when your controller breaks, you could just pick up a new neck for cheap. Will it happen? Probably not, but one can hope.

But even if you do still have to buy a brand new axe when you shred your old one too hard, at least it will be one that gives you a sense of rock divinity. 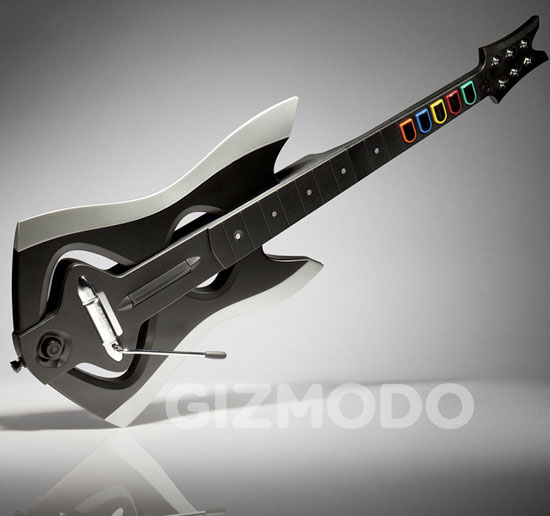 (Via Dvice via Gizmodo, image of old guitars via Hightech Edge)