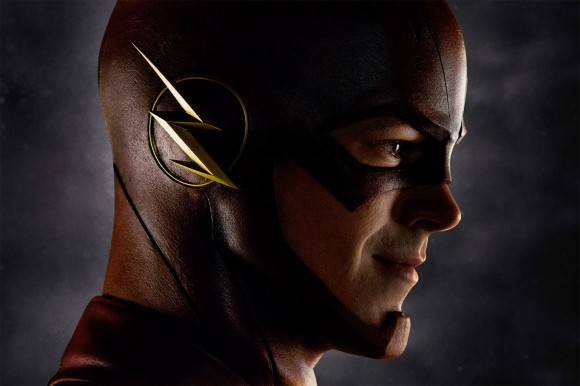 Well, from the neck up, anyway. The WB has revealed this look at Grant Gustin in costume (designed by Colleen Atwood) as Barry Allen from the CW’s The Flash. (Click to embiggen.) Though in low lighting, the costume appears to skew darker than the fire engine red that the Flash is usually depicted in, but its chinstrap and seams are straight out of the New 52. What do you guys think?