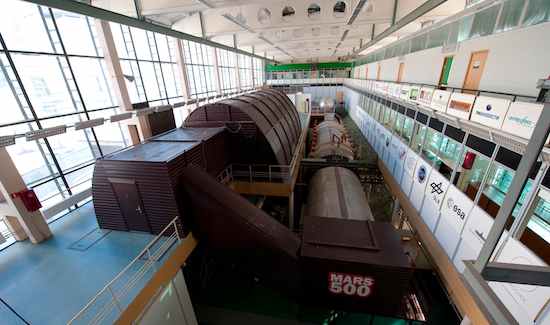 While long-distance space travel in science fiction usually never ends well, a new Mars simulation is out to prove that humans can withstand each other during the isolation of long distance space flight.  Just how long will this simulated journey take?  520 days.

This May, six crew members will voluntarily seal themselves into four, interconnected windowless tubes in order to find out what will really happen when humans attempt the long flight to Mars.  The simulation is the final part of the Mars500 experiment, based out of Russia’s Institute of Biomedical Problems (IBMP) in conjunction with the European Space Agency (ESA).  Last year the IBMP successfully sealed six male crew members into its isolation facility for 105 days, but the Mars500 test will last five times as long, simulating the full 250 days it takes to get to Mars, 30 days on the Red Planet, and 240 days to get back home.  The crew will consist of individuals from Russia, Europe, and China.

In order to simulate the conditions of long distance space travel as accurately as possible, the crew members will have to endure not only the cramped, windowless living quarters of the sealed modules and a steady diet of freeze-dried food, but also limited communications with friends and family back on Earth as they “fly” farther and farther away from the planet.  A time delay of 20 minutes will be instituted to simulate the amount of time it takes for a message to get from Mars to Earth, precluding the possibility of any real-time conversations. 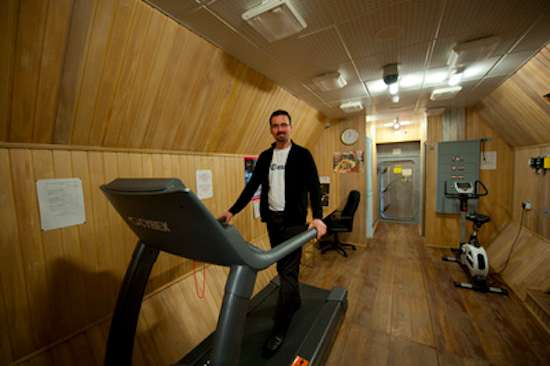 According to the ESA, day-to-day life “will be comparable to those of the ISS astronauts, but for a much longer time: maintenance, scientific experiments and daily exercise.  They will follow a seven-day week with two days off, except when special and emergency situations are simulated.”  Throughout the 520 days, researchers will monitor the crew members from a control room, looking for signs of trouble like mental deterioration, physiological issues, and any number of unknown problems that might arise under such extraordinary conditions.  In an effort to curb the onset of psychological and physiological stress, the interior of the modules have been lined with wood paneling. Nothing says calm like being sealed within a mini-version your grandfather’s circa 1970 rec room. 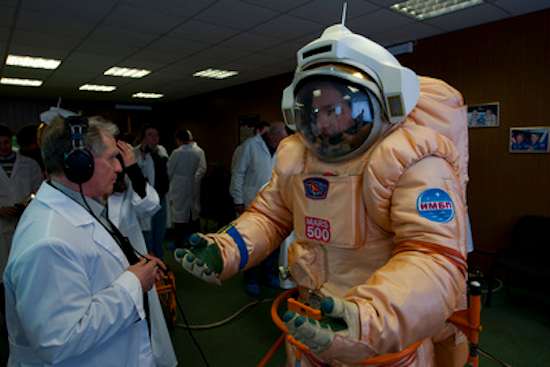 For now, there are no women slated to join the experiment, perhaps due to an unfortunate precedent set back in 1999, when another isolation experiment was conducted involving a crew of five men and one 32-year old Canadian woman named Judith Lapierre.  Things did not go so well:

Less than a month into her run, Lapierre suddenly encountered serious problems. She was twice forcibly French-kissed by the Russian team commander, and soon afterwards witnessed a 10-minute-long fight between two Russians that left blood spattered on the walls.

There is, however, one crucial component of the Mars500 experiment that might radically skew the experiment’s outcome: Participants are allowed to quit.  On the real journey to Mars, no such psychological safety net will exist and quitting might better be known as airlocking.  Let’s hope it doesn’t come to that.